What Women Need To Know About Male Abuse Survivors 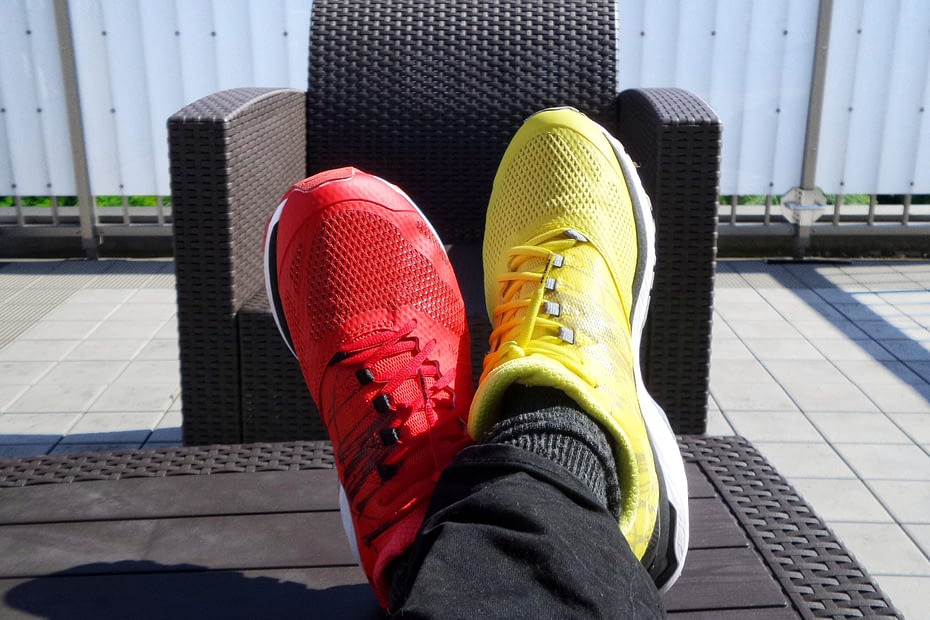 Male Abuse Survivors is a phrase that many people are uncomfortable with, especially men. The #MeToo movement encouraged women to speak out about their experiences of abuse and assault. There was a smaller movement called #MenToo that went almost unnoticed. Although male and female victims of sexual abuse and assault will share some similarities, they will also demonstrate some distinct differences. We will examine these similarities and differences in detail and share some research that will be good news to male survivors of abuse and their friends and families.

What Male and Female Victims Have In Common.

Sexual Abuse Support Groups Showed Me What Men And Women Have In Common.

What male and female sexual abuse and assault survivors have in common.

Both male and female survivors come in all shapes, sizes, ages, economic, ethnic, and social backgrounds.

They can come from safe and unsafe home environments. They may have been groomed by their attacker or been targets of opportunity. They may experience physical, emotional, mental, and spiritual wounds that last a lifetime.

They may feel damaged and life long shame for what they experienced. They may desperately want, but be unable, to get over it.

They may wonder what was broken inside them that made them attractive to their attacker. They may hate their bodies for responding while being victimized.

They may experience varying levels of sexual dysfunction as an adult. They may have difficulty trusting others, especially those in positions of authority.

They may be hyperactive in protecting children. They may experience PTSD that includes intrusive thoughts and unwanted flashbacks that impact their ability to function at home and in the workplace.

They may question where God, the authorities, or their protectors were when the abuse or assault occurred.

They may turn to the exact unhealthy coping mechanisms of drugs, sex, alcohol, overeating, compulsive behaviors, and destructive relationships.

They may seek to do good for others in the hope of helping someone in need or to feel better about themselves.

Sexual abuse and assault survivors are longing for someone to listen and believe their story. For someone to accept them, acknowledge their value, and not try to fix them.

They need community. Both males and females can profit from a counselor trained in the treatment of trauma.

Men and boys who have been sexually assaulted may experience the same effects of sexual assault as other survivors, and they may face other challenges that are more unique to their experience.

For all of their similarities, there are some striking differences in male and female victims of abuse.

2. Men may feel that their suffering is insignificant compared to a women’s lifetime experience of abuse, harassment, and trauma. Men often fail to realize that a significant portion of the male population has been impacted.  Brad Hambrick has said that suffering is not a competition. But as a man, it can feel that what little I have experienced cannot measure up to the widespread, cultural, and systematic abuse that our sisters have endured. It makes me want to be quiet and not complain.

But as a man, it can feel that what little I have experienced cannot measure up to the widespread, cultural, and systematic abuse that our sisters have endured. It makes me want to be quiet and not complain.

3. Men may find it is not easy to find a support group. A woman is typically more comfortable expressing their feelings. Men are typically more guarded and less verbal. A man’s shrug may be the equivalent of a woman’s two-minute soliloquy. It may take years for a man to develop a strong enough relationship to share his vulnerabilities with a friend or significant other. I highly recommend SASA Worldwide for a place to share your story by Zoom Meeting.

But the most significant difference is the last on our list.

“As a trauma psychologist, I applaud the #MeToo movement and hope it continues to hold perpetrators accountable and elevate, validate and support survivors’ voices. Survivors deserve that and more. But, I also want to make the important point that the majority of men are not sexual predators.”

But men are often viewed as potential abusers, but this conclusion is often not founded in fact.

Nevertheless, many men will not acknowledge their wounds for fear of being labeled a monster-in-waiting.

The good news is that or society’s commonly held beliefs concerning the abused becoming an abuser are challenged by new scientific research.

“Perpetrators are disproportionately likely to have been abused as children, but the idea of the cycle repeating itself is a sensitive one. The research doesn’t support that abused people are highly likely to go on to abuse other people. Often it’s such a harmful narrative, and it intensifies the sense of shame and guilt.” Dr. Bryony Farrant, Chief Psychologist to the state-sponsored Independent Inquiry into Child Sexual Abuse, in an interview on the BBC 25 May 2018.

Anna Salter, Ph.D., a forensic psychologist and internationally known authority on sex offenders. And consultant to the Wisconsin Department of Corrections contends that our statistics concerning the number of victimized children who grew up to abusers themselves is greatly flawed.
“But in any case, validity, offender self-reports have dubious validity, especially when the offender’s self-interest is at stake. The only rule for deception in sex offenders I have ever found is this: If it is in the offender’s best interests to lie, and if he can do it and not get caught, he will lie.
Being victimized as a child has become a ready excuse for perpetrating child molestation. The offender who claims he himself was victimized gets seen as less of a “monster” than one who wasn’t a victim, and he gains much more empathy and support. It is hard to trust the self-reports of sex offenders about abuse in their past when such reports are in their best interest. Only a few studies on this topic have used objective measures, and they have found very different results.[102]”
Ms. Salter also notes the following study. “In a series of three studies, the offenders who claimed they were abused as a child were 67 percent, 65 percent, and 61 percent without the threat of a polygraph. With polygraph (and conditional immunity), the offenders who claimed they were abused as children were 29 percent, 32 percent, and 30 percent, respectively. The polygraph groups reported approximately half the amount of victimization as children as the non-polygraph groups did.”

New research is challenging the conventional wisdom that adults who were physically abused as children were no more likely to abuse their own children than were other adults their age.

A new study from the National Institutes of Health published in the journal Science relied on public records to identify children who had been physically abused back in the 1960s and ‘70s. In one of the longest-running studies of its kind, the researchers followed up several times, not only with the original abused children, now in their late 40s and early 50s, but also with their children. The adult children of the originally physically-abused parents were no more likely to have been physically abused than others their age.

In a podcast concerning this study, the moderator Mr. Whitener, asked his guest, Dr. Widom, “Do your findings have implications that could be helpful for adults who have themselves survived abuse or neglect and who may be listening to us?”

Here is Dr. Widom’s response, “Yes. First of all, the important message is that we did a cautious, comprehensive assessment of the extent to which individuals with histories of abuse and neglect went on to become maltreating parents or maltreating adults themselves. And what we found was that it was not inevitable, not deterministic, not the majority, of these cases—even if we discount the parent reports. We look at the offspring’s reports, which were higher, and we look at the child protection service reports. So, that’s a significant finding, and it has this important message that you shouldn’t—one shouldn’t, if you have a history, that you shouldn’t necessarily feel that you’re bound to continue in this cycle of maltreatment.

A recent study in the U.K  shows the risk of a victim becoming an abuser is less than once thought and that exposure to violence and neglect are important factors.  “The message here is that sexual victimization alone is not sufficient to suggest a boy is likely to grow up to become a sex offender,” states study author and psychiatrist Arnon Bentovim. “But our study does show that abused boys who grow up in families where they are exposed to a great deal of violence or neglect are at particular risk.

According to a recent study by LifeWay Research, one in five Protestant senior pastors say they “personally have experienced domestic or sexual violence.” Yet, few, if any, male clergy address the male victims of sexual abuse from the pulpit.

Male Clergy may find it difficult to reveal their own experiences for fear of being labeled as potential abusers. This fear may keep male clergy from speaking up about their experiences of receiving the help they desperately need.

“Pastors have been extremely hurt by the myth that sexual predators have most likely been abused themselves. That has no bearing in reality. But because people believe it, pastors who were abused as children are terrified to let their congregations know. They’re afraid church members will think they will become abusers.”  – Jimmy Hinton.

This reluctance of clergy to speak up concerning men as victims of sexual abuse and assault reinforces the victim’s belief that he should suffer in silence.

I am grateful for a church that regularly addresses shame, abuse, and mental illness from the pulpit, creating a culture that allowed small groups to walk with me while experiencing painful flashbacks, and recommended a therapist skilled in dealing with sexual abuse and assault. I am grateful for a loving and tender wife who has walked with me every step of the way. But my heart aches because I fear that not every man will receive that kind of support.

As a woman, how can you help a male survivor?  Change the dialogue. When abuse is brought up, including men as a part of the potential survivor pool, understand that not all men are perpetrators. Remind male survivors that being a victim does not mean they are destined to become an offender.

As a man, remember that your experience as a survivor is significant. Talking about it does not diminish the harm done to others. Research shows that you are not destined to harm others because you were abused. Seek a skilled counselor. Seek community. Tell your story.

previousHow To Empower Abuse Survivors Through Humor
nextHow To Minister To Sexual Abuse Victims In The Church.