What is victim blaming? 3 things you need to know in 2023 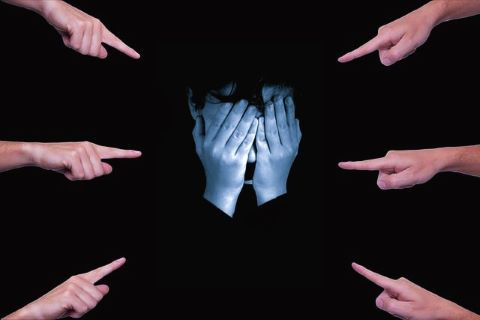 What is victim blaming, exactly? At first glance, it sounds like a straightforward concept. Someone is blaming the victim.

This was a theoretical question for most of us until the #metoo movement began.

But as news stories and social media reports around the #metoo movement increased, people began to comment publicly on the guilt or innocence of the accused.

Some were supportive, while others opted to attack the victim’s credibility.

Unfortunately, victim blaming continues. It has become our default mindset when we hear an accusation.

To stop this practice of blaming the victim, we need to define what it is, determine who does it, and examine the harm caused by it.

I prefer the definition provided by the Canadian Resource Centere For Victims of Crime.

The CRCVC says, “Victim blaming is when the victim of a crime or any wrongful act is held entirely or partially at fault for the harm that befell them.“

First, a crime has taken place. This action is something that society has deemed illegal and punishable by law. It is more than just a mistake or a misunderstanding.

Second, fault, whether partial or complete, was assigned to the victim instead of the person who committed the crime. This happens in the legal system and court of public opinion.

In the legal system, the burden of proof falls on the state and often directly on the victim.

The court of public opinion renders its verdict on social media, around dinner tables, and work break rooms often before all the facts are known.

In the next section, we will look at the various parties who engage in victim blaming.

(One quick note before we continue. For this discussion, we will assume that the accusations against the perpetrator are valid and that significant evidence exists to support an indictment.)

What is victim blaming, and who engages in this practice?

Who are the involved parties? (The offender, the victim, law enforcement, friends and family of the offender or victim, and everyone else who knows the situation.)

Any of them could unwittingly or intentionally blame the victim for what occurred.

My work in care ministries with victims and survivors taught me that the perpetrator’s response is sometimes subtle and that the loudest critics of the victim are often not the perpetrators but other people. I also witnessed how this strategy worked on people who were not directly involved in the incident.

Let me show you how each of these can be guilty of victim blaming.

Let’s start with the offender.

Initially, the offender will deny the accusation. If this fails, he will imply that the victim did something to deserve the abuse or should have done something to avoid it. He may contend that they were a willing participant, not a victim.

If discrediting the victim’s account is unsuccessful, he will diminish the harm that occurred.

He may try and affect public opinion by having others testify to his character and good works. He may hide behind the institution in which he serves.

(Sidenote: In recent years, this victim-blaming theory has appeared as a defense in civil and criminal cases that did not involve sexual assault or abuse.)

What about the friends and family of the offender?

Often these individuals will rush to the offender’s defense as character witnesses without considering the possibility that the allegations are true. It is an understandable first reaction. These individuals may not want to admit that someone they know is capable of such great evil or that they could not recognize the warning signs for themselves.

How do friends and family of the victim contribute to victim blaming?

The friends and family of the victim may ask well-intended questions to determine what happened and why. Then, when they consider the harm done to the victim, they may reason that, unlike the victim, they would have recognized and avoided the situation. This reaction is a subtle form of victim blaming.

(Because of my experience with an assaulted neighbor and my support of a domestic violence shelter, I couldn’t imagine how I could ever be guilty of victim blaming. But I was wrong. I am amazed at how frequently I had fallen into this victim-blaming mindset.)

How can the victim be guilty of victim blaming?

Are we surprised when an individual begins to blame themselves after having their integrity questioned and repeatedly hearing through news outlets and social media that they were at least partially responsible for what happened?

Churches can prematurely push the victim to forgive before they have fully grieved. They can move too quickly to extol the perpetrator’s character, worth, and redeemability and lose sight of the victim.

After the perpetrator is determined guilty, few retractions are made to the attacks that were leveled at the victim. Instead, we move on with our lives but rarely consider the lasting harm done when we blame the victim.

What is the actual harm of victim blaming?

The harm is not theoretical.

There are 5 Types of harm caused by victim blaming.

First, blaming the victim can lead the victim to depression, anxiety, and post-traumatic stress disorder, making it take longer for them to recover.

Second, blaming the victim can cause others to stay quiet out of fear of receiving the same treatment. This behavior creates a culture where victims are afraid to come forward for fear of more shame and blame.

Third, blaming the victim encourages the perpetrator to keep hurting others. Additionally, it damages the criminal justice system by making it more difficult to hold perpetrators responsible for their actions.

Fourth, victim blaming takes its toll on observers. As a result, observers may lose faith in the people and institutions they once believed in and withdraw from the public sphere.

Fifth, blaming the victim damages the credibility and future influence of institutions that defended the perpetrator over the victim.

What is victim blaming? It is when the victim of a crime or any wrongful act is held entirely or partially at fault for the harm that befell them.

The action of blaming the victim is not limited to the criminal. Any involved party could unwittingly or intentionally blame the victim for what occurred.

There are real-world consequences for blaming the victim.

I encourage you to step up when you hear others blaming the victim. Also, please feel free to share this article with others.

Next week we will discuss the reasons why we blame the victim.

The following week we will explore the rights of victims and our responsibility to them.

previous20 painful mistakes I’ve made in response to Church hurts