What is the purpose of anger? Surprise, it’s not what you think. 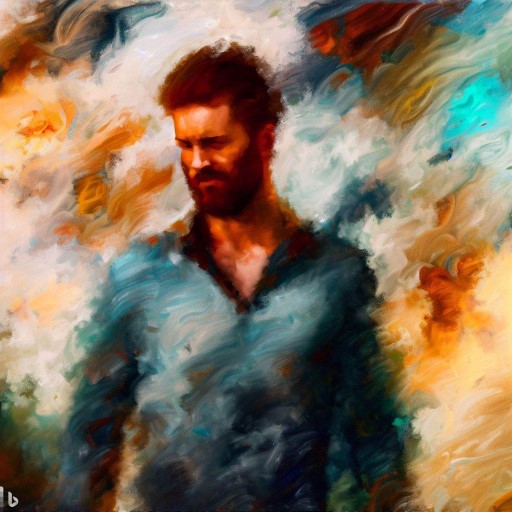 What is the purpose of anger? Some of you read this and giggled. You cannot consider the phrase, the purpose of anger, without laughing out loud. You immediately imagined some red-faced, loud-mouthed individual who appeared to have lost his or her mind in response to some minor incident.

Your first thought is that no one would act so foolish on purpose. And if there was a plan or design behind the outbursts you witnessed, you could not fathom it.

We view anger so negatively that it is almost impossible to consider that there could be a constructive purpose behind it.

We will examine some of these misconceptions and examine the two-fold purpose of anger in our lives.

What is the purpose of anger? It’s not what you might think.

Misconceptions: It’s not what you think.

We believe that anger is destructive and that it negatively impacts our decision-making process. We may view anger as a primal force that we succumb to because we are not civilized enough to address life’s difficulties. While there is an element of truth to this, it is an incomplete picture.

Not all anger is destructive. Some channel anger at injustice to make a better world. Military personnel and mothers routinely demonstrate an ability to reason, even during upsetting circumstances.  For the person who believes that anger is always sinful, remember that God gave us the emotional spectrum, including anger.

What is the purpose of anger? The Bible can help us to find some answers to that question. The Bible tells us that God was angry at the Israelites for abandoning their faith in him. Jesus was angry at the moneychangers for making his house a prayer a den of thieves. On both occasions, they let their respective audiences know that something was wrong and invited them to take action to resolve the issue.

We may feel it is not civilized or Christ-like to express anger, But what if there was a purpose to our anger that we haven’t considered?

What is the purpose of anger? I believe that anger warns us that something is wrong and invites us to respond to it.

Anger is a warning system.

Anger serves as a notification to others and ourselves that harm, real or perceived, has occurred or is about to happen. Anger lets us know that something is wrong.

If someone sticks a loaded gun in our face or takes a wild swing at us with a sharp knife, we recognize this as a real and obvious danger. If we walk in a dark alley, the person approaching us might be a mugger, a policeman, or something else entirely. We may perceive a danger that does not exist.

Anger is a warning system. It alerts us that something is not right with ourselves or someone else. Our touchiness, or someone else’s, toward an individual or circumstance can reveal wounds or painful emotions that we are unwilling to address.  When we are angry, there are often other emotions under the surface. Some have suggested that Anger is like an iceberg, where other less obvious emotions are below the surface.

What is the purpose of anger? It invites us to respond.

Anger prompts us to respond.

Anger prompts us to respond to the real or perceived harm to ourselves or others.  How do people respond to a warning system?

Most of us have experienced a fire-alarm at work or school. At my previous job, alarms would sound for drills and occasionally a real threat. Some people would assume it was a fire drill and never move. Some people never heard the alarm, even though everyone else did. Others recognized the danger was real but postponed responding until it was an absolute necessity. They know it is risky to delay, but they did it anyway.

Delay. You know that the issues exist, but postponing it seems like the best option. You or the other person may not be ready to address the issue. But you may be waiting for a perfect opportunity that will never come.

Dismissal. You might say that it’s not a big deal, and you may be right. Time will tell whether you gauged its impact correctly.

Disengage. You might remove yourself from harm’s way., putting physical and emotional distance at a premium.

Detonate. Your anger builds until it finally explodes. Often at the expense of someone who was not the primary cause of your anger.

What is the purpose of anger? Anger helps us recognize when someone has hurt us or has disturbed a wound that we thought healed.

Anger is issuing a warning and inviting us to react correctly.

What is the purpose of anger in your relationships? Is there a warning you need to hear and to act on this week?

Next week we will examine some practical steps to take when we are angry.

Further reading in this series:

Do Christians have a right to be angry? Why do people keep their anger hidden? Are you angry with God?

previousWhat You Need To Know Before You Give Up On Love.
nextDo Christians have a right to be angry?