Trigger warning. I have made every effort to avoid triggering any unpleasant or difficult memories. I have been vague on some details. Those of you who have experienced trauma or a PTSD will understand.

Trauma: Why talk about it?

Here are my reasons for talking about the trauma caused by sexual abuse and assault.

Trauma and Me. Trigger warning.

When I was fifteen years old I experienced a traumatic event that would have a dramatic impact on my life.

As a young boy, I couldn’t find the words to describe the unthinkable.
I couldn’t believe what had happened to me. Embarrassed and ashamed, I didn’t want to tell my family.

So I decided that it didn’t happen to me. It happened to someone else.

It happened to Glen. Glen is my middle name. The name my parents called me. The name that everyone knew me by. It is the name that family and childhood friends still use.

Glen was a victim. A shy introvert who lacked the language to speak up for himself. Glen was the target of practical jokes and bullies. Glen avoided conflict and didn’t fight back. He was a boy who retreated to a fantasy world where superheroes would come to his rescue.

Glen went to the doctor. His physical injuries healed. But three days of his life were now missing.

Glen had emotional wounds that were never addressed.

Glen didn’t know about sexual abuse, assault, and trauma. Glen had never even heard these words. Glen was still a child.

After the event I chose to go by the name Darrell. Darrell is my first name.

Darrell was an adult in a young boy’s body. Growing up to quickly in a world that now held harsh realities.

Darrell was not a victim. Darrell was funny, quick-witted, well spoken and extroverted. He was the life of the party.

Darrell would not allow anyone to make fun of him. So he beat them to the punch and developed a self-depreciating sense of humor.

Darrell made jokes about the three missing days. He wore the absence of memory as a badge of honor. It gave him an aura of mystery.

Darrell became a self-made athlete by sheer force of will. He trained hard and transformed his body.

By the time Darrell left High School, Glen, like the three missing days, was a fading memory.

Until the day the missing memories reappeared and could no longer be ignored.

If someone told you their story, would you listen, would you believe them? 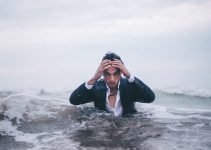 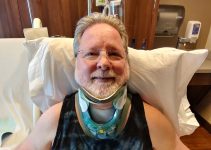