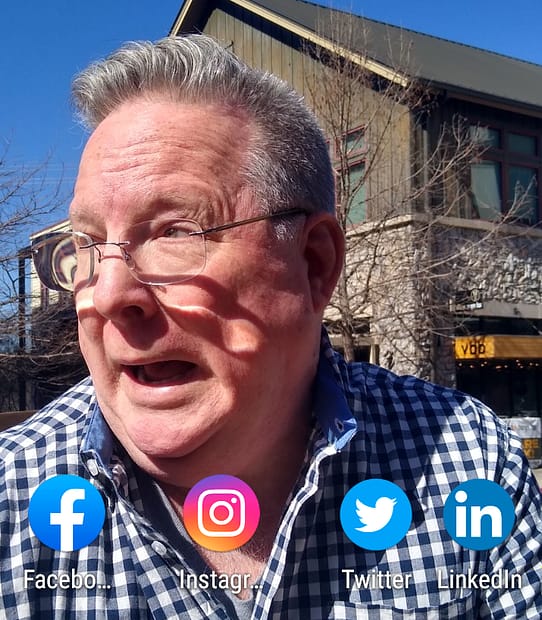 Does the Bible have anything meaningful to say about social media and anxiety?

I can sense your skepticism.

You might acknowledge that the Bible has a lot to say about anxiety. And you might admit that keeping up with social media has made you anxious on occasion.

But the Bible doesn’t mention social media directly. Trust me; you will not find the term in any concordance or Bible dictionary.

So how can I contend that the Bible has anything to say about social media and anxiety?

Let me explain what I mean.

But social media is primarily about influence.

Social media empowers us to affect others by what we say and do and influence us. Studies show a causal link between social media, our sense of well-being, anxiety, and depression.

We’ve even coined a word for people who have a large following- Influencers. And the Bible does have a lot to say about influencing others.

I get anxious when I consider the influence I have on others. How many times have you rewritten a tweet or a Facebook entry? Social media and anxiety are present every time I write a blog entry and push send.

Three kings in the Bible, Saul, David, and Solomon, were influencers.

These three kings show the dangers of a social media-obsessed lifestyle, including the anxiety that comes with comparing our lives to others, living in fear of missing out, and searching for significance apart from a relationship with God.

Social media and anxiety: King Saul and the danger in comparing ourselves to others.

Saul was the first king of Israel. He was tall and handsome. He had the favor of God and the people. Israel wanted a king because all the other kingdoms had one. (Social Media envy?) Saul was successful in battle and a leader of a nation.

But his first appearance in the Bible tells us he hid when Solomon the prophet called him out to introduce him as God’s chosen leader. All of the trappings of power could not conceal the insecurities that undermined Saul.

Saul had slain his thousands, but David had killed his tens of thousands. So Saul thought to himself that David was getting a better deal.

Instead of recognizing the problem was his fault for disobeying God, he made David the face of his pain. Saul envied David. Some would say that Saul was angry at God, but he directed that anger toward David.

Eventually, Saul is disobedient to God, his close relationship with the prophet Samuel ends, and he loses his kingdom to David. Finally, his influence ends when he takes his own life on the battlefield.

Saul had a problem with comparing himself with others. It is a trap that we can easily fall into. Remember that God uniquely created you for good works; there is no one like you.

Social media and anxiety: King David and the fear of missing out.

David, the second king of Israel, was a musician, a poet, and a warrior. The author of many psalms comes to King Saul’s attention by his musical skill and prowess in defeating Goliath. David’s rise as an influencer was like a meteor visible for all to see.

But David had his issues. Saul, his king, tried to kill him, and David’s home life was a disaster zone. He was married to multiple wives and had a dysfunctional family.

He used his power to take another man’s wife. His anxiety led him to have her husband killed to cover his sin. God revealed David’s sin through the prophet Nathan to an entire nation.

David had a fear of missing out. David wanted what he did not have, another man’s wife. Our fear of missing out on fame, fortune, or an experience can cause us to miss the joy of what we already have. God grants us the ability to be content with what we have.

Social media and anxiety: King Solomon was Searching for significance in all the wrong places, peoples, and things.

Solomon seemed to have everything going for himself. He could pursue pleasure and knowledge to his heart’s desire, and his kingdom was peaceful and prosperous. But he indicated that it was all meaningless, a chasing after the wind.

He was searching for significance. Why was he created? What was his purpose? Solomon was anxious to discover if life was more than sex, getting high, and intellectual fulfillment.

Solomon was searching for significance. Instead, he had a God-shaped hole that pleasure, wisdom, and a peaceful kingdom could not satisfy.

His closing lines in the book of Ecclesiastes reflect what he believes to be of utmost importance.

Now all has been heard;
here is the conclusion of the matter:
Fear God and keep his commandments,
for this is the duty of all mankind.

Solomon found his significance in his relationship with God.

Our search for pleasure or knowledge can keep us from the relationship that matters the most.

We can lead a life of significance when our relationship status with God is healthy.

You may believe that happiness would come if you had money, fame, power, and significant influence. But these three kings in the Bible show us that this is not necessarily true.

You are an influencer. Are you using your influence for good? Are you learning to be content with what you have? What is your relationship status with God?