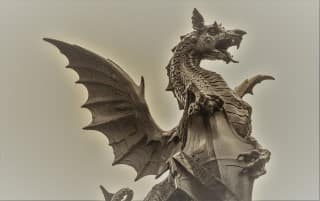 We will look at five common PTSD myths that some in the Church have accepted as truth and present evidence to help us separate fact and fiction.

As we debunk each untruth, I will explain why this is so harmful to the individual with Post Traumatic Stress Disorder (PTSD) and why it bothers me personally.

PTSD, according to The Mayo Clinic, is a mental health condition triggered by a terrifying event — either experiencing it or witnessing it. Symptoms may include flashbacks, nightmares, and severe anxiety, as well as uncontrollable thoughts about the event.

PTSD Myths #1: To Have PTSD, A Person Must Have Directly Experienced A Traumatic Event.

Fact: PTSD may occur in individuals who have witnessed a traumatic event.

According to the National Institute of Mental Health, “Not everyone with PTSD has been through a dangerous event. In some cases, learning that a relative or close friend experienced trauma can cause PTSD.”

An individual would not have to undergo a natural disaster, severe accident, terrorist act, war/combat, the threat of death, sexual violence, or severe injury to experience PTSD.

Harm to the individual and why it bothers me: Minimizing the suffering of witnesses or close bystanders is incredibly harmful. Suffering is not a competition. I am upset at myself for failing to recognize the deep pain felt by what I considered bystanders.

PTSD Myths #2: PTSD Is Limited To Military Personnel Who Have Seen Combat.

Fact: PTSD Can happen to anyone, any time, anywhere.

The National Alliance On Mental Illness notes that “Dangerous and potentially traumatic situations are common occurrences in the context of military service. However, it’s important to note that PTSD is not exclusive to this type of trauma.The fact is: Anyone can develop PTSD when they experience or witness a traumatic event—adult or child, man or woman. Anyone.”

Harm to the individual and why it bothers me: Accepting this myth implies that the individual is weak-minded or spiritually immature if they are experiencing trauma from what they saw.

I am increasingly aware of the variety of experiences of individuals dealing with PTSD.

PTSD Myths #3: PTSD Is More Common In Men Than Women.

Fact: In the U.S., women are twice as likely to experience PTSD as men.

According to the U.S. Department of Veteran Affairs National Center for PTSD:

Harm to the individual and why it bothers me: We fail to recognize the severity of the problem because of our preconceptions. When I fail to acknowledge the harm someone has experienced, I can unintentionally cause additional damage to them.

PTSD Myths #4: It Is Uncommon For The Symptoms Of PTSD To Appear Years After A Traumatic Event.

Fact: Symptoms of PTSD may not appear for months, even years, after the traumatic event.

The Mayo Clinic states that “Post-traumatic stress disorder symptoms may start within one month of a traumatic event, but sometimes symptoms may not appear until years after the event.”

The National Center for Biotechnology Information notes that some people may have minimal symptoms after a traumatic event but then experience a crisis later in life. “Trauma symptoms can appear suddenly, even without conscious memory of the original trauma or without any overt provocation. For example, survivors of abuse in childhood can have a delayed response triggered by something that happens to them as adults.”

Harm to the individual and why it bothers me: These individuals are often met with unbelief or the third degree instead of empathy when they disclose what they are going through.

I know the pain of disclosing a painful event and having others question my remembrance and truthfulness.

Fact: A Bible concordance may not list PTSD, but its content powerfully addresses the disease and provides hope and healing for those who experience it.

Ed Welch describes the approach that many in the Church have taken toward PTSD. He says, “Post-traumatic stress disorder (PTSD) is the best-known psychiatric diagnosis of this decade. It essentially identifies a past traumatic event that refuses to stay in the past but intrudes into the present as if it just happened—or is happening.

And, like so many psychiatric diagnoses, it seems to exist outside of Scripture’s reach. The problem is that we tend to access Scripture through a concordance. For example, the words fear, anxiety, anger, and shame appear in Scripture to quickly find relevant verses. But no concordance lists PTSD. As such, we assume Scripture is interested in other matters, and we look elsewhere for help. This should concern us because it seems like the most pressing matter in a person’s life is met by divine silence.”

Some would argue that the Bible and specifically Jesus say nothing about PTSD.

But Jesus does talk about traumatic events. (There is a beautiful article concerning this at the Biblical Counseling Coalition).

And his followers and crowds are made up of men and women conquered by the Babylonian, Greek, and Roman empires, who certainly would have fit the clinical description of trauma.

Are we to believe that every person who heard Jesus speak had, or would have, a thirty-day resolution to their trauma experience?

If not, then Jesus (and others in the Bible) certainly ministered to those who had PTSD.

Harm to the individual and why it bothers me: People who have PTSD need and seek out caring, supportive communities. My interactions with them have enriched my life. You don’t know what a blessing you are missing.

There you have it: Five PTSD MYTHS that the Church needs to stop believing. Maybe you need to start challenging your assumptions about PTSD as well. As you can see from the references cited, there is much misinformation about PTSD in the Church. I hope that the resources mentioned will help you have great conversations about this topic.

Now I want to turn it over to you: Which of these myths did you find most surprising, and what can you do to make a difference?

I also recommend reading How common is trauma?

previousSingles ministry errors: 3 ways the church has caused unintentional harm
nextFear Of Hospitals: Can Someone Please Save Me From This Phobia?