Non-disclosure agreements and the NDAFREE movement: what would Jesus do? 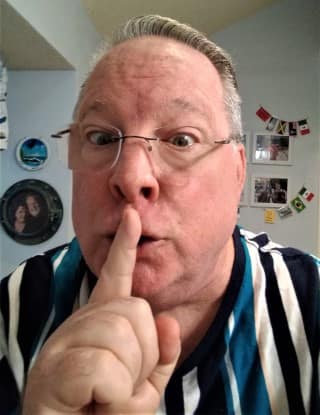 Christian ministries’ use of non-disclosure agreements has come under scrutiny recently due to their misuse in covering up financial and sexual scandals.

I wonder what Jesus would think about using non-disclosure agreements in the church today?

What is a non-disclosure agreement?

A Non-Disclosure Agreement (NDA) is a legally binding agreement that compels the parties to keep specified information a secret. An NDA will identify the parties involved, define what is deemed confidential, define the extent of the receiving party’s confidentiality, duties and exclusions, and whether and when the agreement will terminate.

How are they typically used?

NDAs have become common in the business practices of some local churches and Christian organizations.

should A church or christian organization use an Non-disclosure Agreement?

Some would argue that there’s nothing inherently wrong with a church that follows solid business principles to provide more efficient service to the community.

For example, a local church might use an NDA with an outside vendor that needs access to a church’s membership information while updating their contact and accounting software. Having an agreement that clearly states the implied and actual use of that information is necessary to protect the church’s membership.

Others would contend that using an NDA is evidence of spiritual immaturity, an inability to resolve conflict and disputes outside of the church, and mistrust of its members or staff.

Critics of NDAs would argue that Jesus never signed a non-disclosure agreement, and neither should you.

They would indicate the widespread harm done by the church in using them to protect the institution and silence victims.

What is the potential harm in a church using a non-disclosure agreement?

“NDAs cover ugly things. NDAs protect systems rather than precious humans made in the image of our God. NDAs require deception for the sake of the God of Truth.” Diane Langberg

Diane Langberg – Non-disclosure agreements (NDAs) and the body of Christ.

The NDAfree movement explicitly targets the misuse of non-disclosure agreements in ministry.

“We are a global movement with a vision to see individuals, Christian organizations, and local churches free from the misuse of Non-Disclosure Agreements. #NDAfree contributes to this by raising awareness of the issues and providing some tools for change.” NDAfree.org

Christianity Today has an excellent article concerning the NDAfree movement.

What does the Bible say about the use of non-disclosure agreements in the church today?

I searched a Bible concordance and could not locate any specific reference to a non-disclosure agreement. (It is, after all, a reasonably current term.)

So, the Bible does not speak specifically about non-disclosure agreements and their use in administrating the church.

But the Bible does frequently speak concerning abusing or taking advantage of others. For example, it addresses the power differential between the have and the have-nots. In addition, it talks about the evil of covering up corruption and perverting justice by bribing officials.

The New Testament records three occasions that Jesus expected confidentiality from others with varying results. I believe we can learn from these three incidents.

In Mark 1:40-45, Jesus heals the Leper but sends him away with a stern warning not to tell anyone what Jesus had done for him. He asked the man to keep the incident confidential. But the man went out and openly began to proclaim and spread the news of what Jesus did for him. (Because of this, Jesus was unable to enter a town in plain view because of the crush of people and withdrew to solitary places.)

Maybe he didn’t expect confidentiality from the Leper, but indeed his encounters with his disciples were different?

The Disciples who kept confidentiality.

In Matthew 17, Jesus transfigured before Peter, James, and John. His face showed like the sun, and his clothes became as white as the light. Jesus instructs his inner circle not to share these events until after the resurrection.

The gospel accounts indicate that his disciples obeyed his command.

In John 12:4-8, we learn that Judas had access to the money collected, the identities of Jesus’ followers, and his travel plans. And he abused that trust by stealing, openly questioning the authority and decisions of Jesus, and finally breaking any sense of confidentiality by sharing information of when Jesus would be in the garden for the betrayal and illegal nighttime arrest.

(Some might conclude that if there ever was a person who needed an enforceable non-disclosure agreement in ministry circles, it was Judas.)

Some key takeaways from these three stories.

There is no record of Jesus seeking out the Leper for rebuke or expressing his displeasure with the violation of confidentiality or the difficulties he experienced as a result.

It is interesting to note that Jesus’ verbal non-disclosure agreement with Peter, James, and John had a built-in release of information date.

Jesus knows what it is like to be hurt when others do not live up to their agreements.

If a church will use a Non-disclosure agreement, here are some proposed changes to consider.

There need to be reasonable limitations on how long the confidentiality agreement is in force. For example, Jesus released Peter, James, and John to share the transfiguration account after his death and subsequent resurrection.

Agreements should include revoking clauses. For example, if a person is later arrested and charged for the same offense, the NDA should be withdrawn if the harmed person requests it. This would allow them to testify and support other individuals with similar experiences.

There is already precedence for this within the church. Confidentiality in pastoral counseling can be revoked if a person advocates harm to themselves or others.

Any agreement should clearly state the motivation of the parties to protect the innocent, not the offending party.

The church can withstand lousy press and publicity; it cannot survive secrecy in the name of preserving a cause, a leader, or an institution.

When misused, NDAs protect the institution, silence victims, and allow the guilty to continue to harm others without consequences.

One final word for Christian organizations to consider. 1 Peter 3:13-17 says, “Who will harm you if you are eager to do good? But even if you should suffer for what is right, you are blessed… For it is better, if it is God’s will, to suffer for doing good than for doing evil.”

I highly encourage you to explore every facet of the NDAfree website, especially the FAQ section. Bookmark it and share it with others. It can lead to some great discussions.

previous4 compelling reasons why YOUR STORY MATTERS (and Needs To Be Shared).
nextThe rights of victims are significant to God. Are they important to you?