Mental Illness and Faith: 3 Simple Keys to a Great Conversation 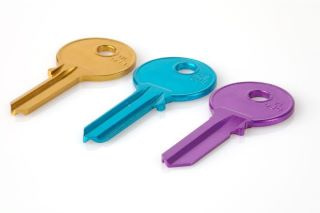 Why is it so difficult to talk about mental illness and faith?

As a person of faith who suffers from anxiety and PTSD, I am painfully aware of the challenges of having a conversation about mental illness and faith.

In the last two years, I’ve had the privilege of participating in some compelling conversations concerning mental illness and faith.

Very few individuals have emerged unscathed from the heightened anxiety caused by the pandemic of the last two years.

As a result of our shared trauma, I’ve discovered that many people outside the church are now more willing to talk about mental health issues.

At the same time, I’m puzzled by the church’s continued reluctance to address the issue directly. (Perhaps we will address these underlying reasons in the future.)

My non-churchgoing friends were curious about faith, counseling, and medication’s role in my journey.

They also wanted to know how the church had responded to my mental disorders.

Many individuals in the church were unfamiliar with mental disorders or how they could be a part of my healing journey. They did, however, show a willingness to learn.

Both groups were frequently gracious to me, extending a willingness to listen without judgment, being sensitive to conversation stoppers that could cause further harm, apologizing when they occurred, and affirming my worth as an individual through words and actions.

Listening without judging, avoiding and recovering from conversation stoppers, and affirming a person’s worth are three keys to a great conversation about mental illness. They were instrumental in my healing process.

Before we dive into these three keys, there are a few things we need to understand about mental illness.

What is a mental disorder?

“A mental illness also called a mental disorder, disrupts a person’s thoughts, moods, behaviors, and/or ability to relate to others severe enough to require treatment or intervention. While most people experience significant changes in thoughts, moods, and relationships at some point during their lifetimes, those changes are not always severe enough to require treatment or intervention. For a mental state to be classified as a disorder (or illness), it must cause “dysfunction in the person’s life.” (From Madness and Grace  A Practical Guide for Pastoral Care and Serious Mental Illness, by Matthew S. Stanford, Ph.D.)

Research shows that recovery and remission are possible for those with mental illness.

According to Standford, “A majority of people diagnosed with mental disorders, if properly treated, will recover to the point that they reengage in their community and live meaningful, happy lives.”

When we fail to interact well with the mentally ill, we increase the impact of the original injury. Therefore, it is of utmost importance to handle the initial and subsequent conversations with tender care.

First, if you want to have a good conversation about faith and mental illness, you need to listen without judging.

The individuals who listened to me without judging me were fully present in the conversation. They asked open-ended questions and listened attentively to what I said and omitted.

These remarkable individuals silenced their phones and removed outside distractions, giving me the gift of their undivided attention.

They understood the voices of shame, self-doubt, and criticism that were my constant companions and extended me grace.

They saw me as an individual and understood I wanted to be made whole and believed it was possible. They understood that they could not fix me but had a vital role in my recovery.

“As a faith leader, your job is not to “fix” those struggling with mental illness but simply to relieve their psychological suffering when possible while revealing the unconditional love and limitless grace that is available only through a personal relationship with Jesus Christ. “Madness and Grace.

And when they spoke, they asked open-ended questions that I couldn’t answer with a simple yes or no. They were okay with the uncomfortable silence that sometimes followed, patiently waiting for me to respond.

They occasionally asked clarifying follow-up questions to ensure they understood what I said and what I meant, which was often the best part of our conversations.

Most people understood how difficult this conversation about mental illness was for me and worked hard not to add to my suffering.

But there were times that I suffered additional harm, and the conversation came to an abrupt halt.

What are mental illness and faith conversation stoppers?

Conversation stoppers are statements that, regardless of an individual’s intention, interrupt the flow of conversation and often cause additional harm.

The second key to having a good conversation about faith and mental illness is recognizing, acknowledging, and apologizing when a conversation breaks down and does more harm.

Sometimes individuals were thoughtless or clueless that their well-meaning but poorly phrased statement had offended or harmed me.

I knew they meant well, but the road to Hell is paved with good intentions. Unfortunately, a wound resulting from an accident or a deliberate action feels the same.

But, occasionally, I’ve met bitter individuals who seemed intent on adding to my discomfort or wanted to demonstrate that their suffering was more significant than mine.

Suffering is not a competition.

They have said some incredibly harmful things that I never want to hear again. Here are a few examples I’ve heard over the years.

Some were surprised to learn that their comments did additional harm to me.

I didn’t say anything and just left the conversation most of the time.

But there were times when we were able to resume the conversation.

Affirmation is the key to restarting a great conversation about mental illness and faith.

On each occasion, the person who had inadvertently injured me apologized and took steps to reaffirm my worth to them. As a result, we were able to restart the conversation.

Some of them spoke about their struggles with doubt. They showed me how their doubts had resulted in a stronger, more vibrant faith and how mine could do the same. They taught me that confronting our doubts requires enormous courage and strength.

They reminded me that, despite our flaws, we were both created in the image of God and are deeply loved by Him.

They did not validate my lousy behavior or faulty thinking. Instead, they stated that while selfishness, bitterness, and an inability to forgive impacted my mental health, they were not the primary or sole causes of my mental illness. However, they did lovingly suggest that addressing these issues might help to alleviate my discomfort.

They said there should be no shame in taking medications for a chemical imbalance, whether for high pressure, cholesterol, diabetes, or a mental disorder. Instead, they told me that God might use medicine, counseling, and community as a part of the healing process.

Some speculated that if they’d had comparable traumatic experiences, a similar family of origin, or my specific body chemistry, they might have also experienced the same anxiety and ptsd. Furthermore, they conceded that they might not have responded as well as I had.

They understood that words alone are insufficient. So they invited me to coffee and incorporated me into their daily lives. Over time, they spoke the truth gently and lovingly.

Their actions demonstrated that the affirmation of my worth was real and not lip service.

If you want to have a great conversation about mental illness and faith with others, be prepared to listen without judgment, identify conversation stoppers, and restart the conversation by affirming the individual’s worth to you and God.

By the way, what is the state of your mental health? Are you thriving in terms of self-care and social support? Are you dealing with unresolved seasonal emotional issues? Or do you have a mental illness that causes you to be dysfunctional in your daily life?

Maybe it is time for you to initiate a great conversation of your own.

previousWhy are we so hesitant to talk about trauma as a nation?
next7 best questions to ask when looking for faith-based therapy.