Do you know how to make a better SMART goal? Most of you have encountered a SMART goal at work, your home life, or even church. This acronym stands for Specific, Measurable, Achievable, Realistic, and Time-bound.

Some of you may have encountered a variation called a SMARTER goal. This second acronym stands for Specific, Measurable, Achievable, Relevant, Time-bound, Evaluate, and Re-adjust.

Like me, you may have been envious of the people around you who seemed to flourish in writing and achieving their SMART and SMARTER goals.

Often I felt like the only man in the world who could make a SMART goal look dumb.

For a SMART goal to thrive, it needs to align with our current or desired identity.

If we have achieved goals in the past, our past identity will help us to succeed with future goals. Athletes build on prior successes as they pursue new challenges. They are a person who is a winner because they are winning.

When we achieve a goal, our identity is defined by our success and our employers’ and peers’ recognition. And new goals appear to be within our reach.

I desperately wanted to get back to the courts and to play at a high club level. I had played in High School and had a good foundation and skill set. I found a partner and began to play.

My past identity helped me to believe I could do this again.

But then I began to encounter problems. I reached a plateau, and my forward progress toward my goals ceased. I wanted to step up and play like I had when I was 17 years old. I got discouraged. I tried harder. But nothing worked.

Then I asked myself an identity-based question that energized my SMART goal.

What kind of person can accomplish this goal?

I began to think about what a club level player would do to achieve and maintain that position.

He would practice several times a week. He would drill intentionally, intensely, and relentlessly to improve his strokes. He would invest in better equipment.

I began to do these things consistently, and over time I began to see myself as a club level player, and my game significantly improved.

Recently, I reached another plateau that will only be passed by improving my diet and physical fitness.

I asked myself if a club level tennis player would drink cokes, load up on sugar, and expect to get to a short ball or a drop shot.

The answer was no. So I stopped drinking coke and reduced my sugar intake.

My desired identity that of a club level tennis player drove me to change behaviors that would hinder the pursuit of my goal.

Understanding who we are or want to be is often the missing ingredient in goal setting.

Understanding who we are or want to be is often the missing ingredient in goal setting. #bettersmartgoal #identity-based Click To Tweet

I have worked for companies where my SMART goals were written by myself and reflected my personal values.

I went to work with a smile on my face each day and was proud of what I accomplished.

I flourished in these circumstances because I was true to my values, and the company prospered alongside me.

I have worked for companies where SMART goals were written by management without any input from the employees.

It isn't easy to achieve a company goal that does not reflect your values. #bettersmartgoal #value-based Click To Tweet

Occasionally I encountered company directed goals that were in direct conflict with my values.

When my children were young, I placed a high value on not working on Sundays so that I could be with them.

I accepted a position with a company that was open on Sundays.

But when I was hired, I was told that no Sunday work would be required of me. But that changed shortly after I took the job.

I waited to see if the company would change its position. They did not. So I decided to change jobs. Finding another job is not always easy, especially when others are dependent on you to pay the bills.

I worked there for almost three years before I was able to change careers. This could have been avoided if I acknowledged the conflict in values before the job interview.

The time to determine your values is before you accept a job.

Understanding your values can help you determine if your job and goals are a good fit.

A better SMART goal aligned with our identity and values is often enjoyable, meaningful, and achievable.

It is never too late to define your identity and core values. Check out this list of over 500 words to use in writing your core values. 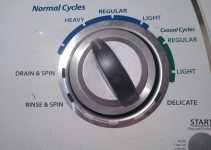 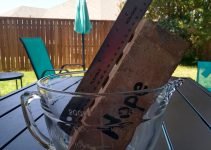 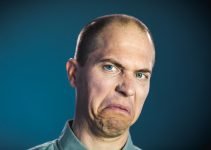