How To Minister To Sexual Abuse Victims In The Church. 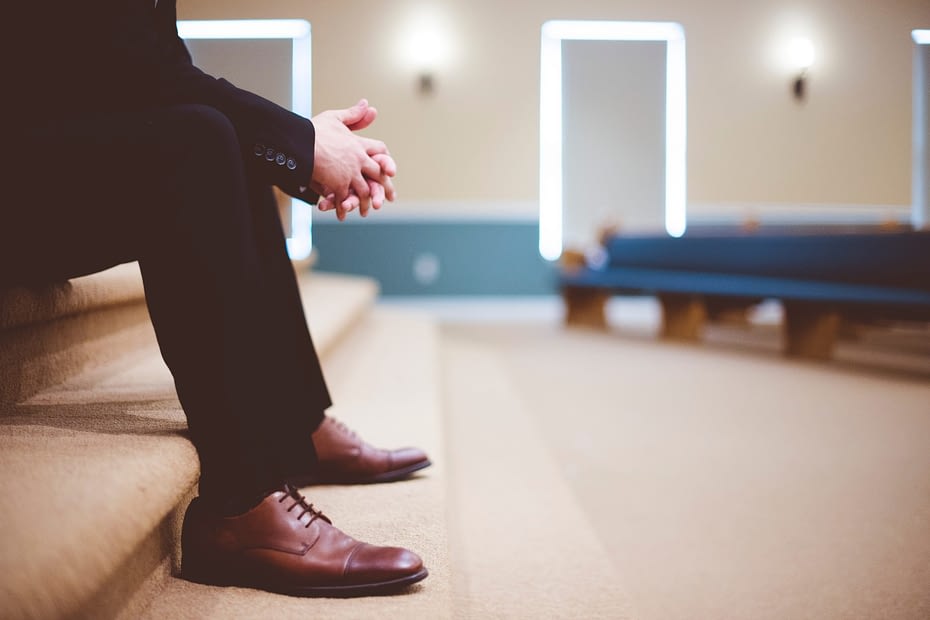 Please understand that I love the Church. Whether it is a group of people who meet in a home, a store-front, a brick and mortar building, or a multi-site location, it is the method in which God interacts with the world. I am a part of the Church, so any correction aimed toward the Church is also intended for me.

My intention is not to criticize the church but to engage the church in discussing how to move forward. I believe that the way we address the victims of sexual abuse in our midst will either drive people to or away from the Church.

We will examine why the Church should talk about sexual abuse, address some common objections, and provide seven practical suggestions on where to start.

SEXUAL ABUSE IN THE CHURCH – WHY WE NEED TO TALK ABOUT IT.

WHY TALK ABOUT IT?   We have numerous survivors of sexual abuse in our churches, we have abusers in our midst who are a danger to our congregations, and our culture is actively seeking to discuss these issues.

Just because you can not easily identify sexual abuse victims from the pulpit’s view does not mean they do not exist. About five years ago, our senior pastor and staff began to openly discuss their struggles with depression and mental illnesses. At first, there wasn’t much visible response to these messages. But these discussions continued over several years. Eventually, people began to discuss their struggles in this area. We are now seeing how widespread the issue of depression and mental illness is in our congregation. I am grateful for our elder’s foresight in addressing this issue.

We have abusers in our midst. Abusers have infiltrated places where children are and where people are trusting of others. Sexual predators are attracted to organizations that serve vulnerable people. Churches are always in need of more volunteers. Churches offer easy access to children. Churches, by nature, are very trusting of people who want to believe the best about people. Churches are grace-based organizations that believe in second chances.

Because we are an attractive feeding ground, we should not be surprised when abuse occurs in our midst. So we must act to protect from future harm and move to bring healing, especially to those abused in a church setting.

National media attention has removed some of the shame /stigmas, so victims and survivors are looking for safe places to discuss this issue. Sticking our head in the sand will not make it go away. Prior generations were engaged in covering up the sins of predators. Victims were shamed and told to suffer in silence. Churches expelled the abuser quietly to avoid a perception they were not a safe place for children. This behavior is unacceptable. It is time for churches to be more interested in victims’ suffering than their liability exposure for an attack that took place on their property.

The Church has a beautiful opportunity to show that Christ-followers are not tone deaf to the cries of victims.

SEXUAL ABUSE IN THE CHURCH – OBJECTIONS

As a church, we fear false allegations: government intervention and the abandonment of grace and forgiveness doctrines.

Churches have dismissed staff for embezzlement without directly witnessing the act. Forensic accounting and a preponderance of other evidence were considered enough to support a dismissal. Similar standards can be applied to allegations of sexual criminality.

The Bible teaches that we are to rejoice when we are falsely accused. How would the world react to a falsely accused person, handled it lovingly, stepped away respectfully while things were investigated? Giving up his rights because the falsely accused individual was more interested in children’s safety and the good name of the church?  Leaving the question of their ability to serve solely at the discretion of the church. I know a Godly man like this.

The Church is legally responsible for reporting all allegations of sexual abuse to the civil authorities for investigation without exception. Churches need to develop policies in advance of need that differentiate between sexual immorality and sexual criminality. Pastors need to teach their congregations how to remove any staff member from power if they overstep in these areas.

We have to be able to differentiate between sexual immorality and sexual criminality. One is sin; one is a crime. Both need proper action. One needs the police. Then, we can move forward. Beth Moore

We fear that we will abandon the doctrine of grace and forgiveness and place talented people on the sideline.

A truly repentant abuser will understand why we insist on this separation from children. In fact, they will be the ones to request the separation.

We need to recognize that character is more important than talent in leading the church. Just because a person can serve doesn’t mean that they should serve.

We need to be honest with other congregations who call us concerning prior staff members’ reasons for dismissals who were a danger to the congregation.  Privacy acts might not allow us to fully explain the reason for the staff’s dismissal to another church. But a simple, “we would not consider rehiring them” is a better response than silence.

We must develop a mindset that recognizes that when a church knowingly passes a known or strongly suspected sexual abuser on to another church, we are now complicit in their evil.

7 PRACTICAL SUGGESTIONS TO ADDRESSING SEXUAL ABUSE IN THE CHURCH.

We need to acknowledge that the effects of sexual abuse within the church will not be resolved by one sermon, one special day of emphasis every year, one moment of prayer, or one personal interaction. But we have to start somewhere.

1. We need to address the questions that the victims of abuse have experienced. We need to create a safe place where honest questions are honored and not dismissed. Questions like:

Where was God when the abuse occurred? Where is He now? I am grateful for skilled counselors who helped me in my journey. They helped me to address some deep and difficult questions. They assured me that God was present with me at the time of the assault. That His heart was broken for me in that suffering. That He did not author or send the evil I experienced. That He would ultimately punish evil, that broken and sinful people made bad choices, and I suffered because of them.

I still have questions, even on the best of days. But knowing he was present in my suffering gave me a toehold to establish my footing in this issue. It gave me a place to begin to heal.

Where is justice for me now? As Christ-followers, we have preached mercy and forgiveness but have often neglected the necessity and pursuit of justice. Some have silenced the voices of those who have suffered because their suffering makes others uncomfortable. At a Caring Well workshop, Diane Langberg stated that “It dishonors victims when they are silenced. Justice is needed”.

Recently, the news of a family member forgiving the person who took a family member’s life received massive coverage. And that coverage is a good thing. But contrast, there was sparse coverage given to the family members who cried out for justice.

A call for mercy and justice are both biblical. Sermons on God’s character and pursuit of justice for the victims are part of the story as well.

2. We must diligently and patiently address the topics of shame, grace, forgiveness, and reconciliation from the viewpoint of the person who has been abused. We should grieve over the harm done to Tamar, Bethsheba, and Esther, who men in power sexually victimized. The church has often exalted the ashes to beauty theme and glossed over the perpetrator’s sin in scripture.

3. We must broaden our talent pool to include women and men who have suffered sexual abuse and assault. We should be embracing survivors and enlisting their help in making our churches places of safety. There is a need for better female representation on a church staff.

We need to recognize that The Holy Spirit’s giftings are not dependent on genders. This means that we need to hire qualified women for the ministry. We need to help sponsor and pay for the education of gifted girls of character.

We need to create an environment where men can discuss their abuse experience and develop leaders to address this population segment. Whether these women and men take a public role of leadership from the pulpit or not, they can be of great service to the church.

4. We must encourage ministers to be courageous enough to talk about their own abuse and suffering.

5. We must engage our congregation in the healing power of the lament. Congregational singing is often inspired by the literature of worship found in The Psalms. But the Psalms also include the songs of lament. We have become so focused on the joy in a church that we have made those experiencing deep sadness over their abuse feel defective. We need to teach our congregation to come before God, to state their cry and complaint before him. To tell God what is needed and ask for His help.

6. We must develop partnerships with those that serve the victims and survivors of abuse. A person who the church has hurt will probably seek assistance from an outside source. We should not be offended by this. But we should not abdicate our responsibility in this area.

7. We must enlist professionals to assess our vulnerabilities and develop best practices to protect our congregations. Our members and visitors are asking, ” What is the Church doing to make this a safe place for me and my children?

Kimberlee Norris of MinistrySafe states that “Common prevention methods are not enough to prevent child abuse. For example, “matching tags” does not solve the problem because these systems rely on the concept of “Stranger Danger.” This is not an effective preventative protocol because 90 percent of children are victimized by someone they know and trust.

Having a written policy that explains to all potential volunteers that all incidents, without exception, of potential abuse will be immediately reported to civil authorities is the greatest deterrent to abuse a church can have in place. And it sends a clear message to our congregations that we care about their safety.

WHAT CAN YOU DO? It has been said that a journey of a thousand miles begins with a single step. Knowing why we need to discuss sexual abuse in the church, anticipating the objections to the discussion, and practical suggestions on addressing the topic are great places to start.

Now comes the difficult part. Raising your voice to be an advocate.

Would you consider sharing this article right now through social media outlets and with leadership in your church? You can make a difference.

previousWhat Women Need To Know About Male Abuse Survivors
nextIs It The Most Wonderful Time Of The Year?