How To Be A Good Neighbor To the Sexually Abused 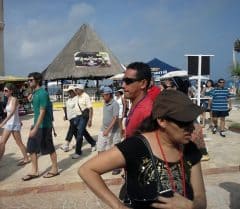 Do you know how to be a good neighbor to the sexually abused?

If Jesus told the story of The Good Samaritan today, His account might include a church leader, an influencer, a sexually exploited girl, and a heroine.

Here is how I imagine the revised version of the Good Neighbor.

On one occasion, a religious man stood up to test Jesus. “Teacher,” he asked, “what must I do to go to Heaven?

“What is written in the Bible?” Jesus replied. “How do you read it?”

The man answered,” ‘Love the Lord your God with all your heart, soul strength, and mind. And love your neighbor as yourself.'”

“You have answered correctly,” Jesus replied. “If you do this, and you will truly live.”

But the religious person, who thought very highly of himself, asked Jesus, “And who is my neighbor?”

In reply, Jesus said, “A young girl was walking from her home to the local mall when sexual predators attacked her. They stripped her of her clothes, beat her, and went away, leaving her half dead.

A local church leader happened to be going down the same road, and when he saw the abused young girl, he passed by and continued on his way.

Then, a second man drove by. When he saw the young girl, he pulled out his phone to capture the moment on social media. His post immediately went viral.

Some of the comments questioned why the young girl was walking by herself. Others asked if she made herself an attractive target by dressing provocatively? Still, others questioned if she knew her abusers, implying that it might have been a consensual relationship gone bad.

Seeing the response that his post had gotten, the second man closed his cell phone and drove away, pleased that he had engaged the culture. He did not look back.

Then a Woman came to where the abused young girl was, and she took pity on her when she saw her. The Woman went to the young girl and tended to her wounds.

Then, she brought the young girl to an urgent care facility, reported the assault to the local law enforcement authorities, and stayed with her.

The next day the Woman paid the urgent care bill and told them, ‘Look after her,’ she said, ‘and when I return, you may bill me for any additional expense you may have.’

Jesus asked, “Which of these three do you think was a good neighbor to the young girl who fell into the hands of sexual predators?”

The religious person replied, “The one who had mercy on her.” Jesus told him, “Go and do likewise.”

Jesus commands us to be good neighbors to the one who is hurting.

We can’t be a good neighbor to the sexually abused and survivors of sexual assault if we don’t acknowledge that they exist within our congregations.

Statistics show that at least one in six women and at least one in ten men are victims of sexual violence in America. Some experts contend the actual number may be as high as 1 in 3 for women and 1 in 6 for men. The question is not whether we have the sexually abused in our midst but whether we will acknowledge their presence and wounds.

We can’t be a good neighbor to the sexually abused and survivors of sexual assault if we are unwilling to get to know them and their stories.

Entering into the stories of lament is difficult and painful. But the Psalms show us that God understands, honors, and listens to the wounded and shamed. We should never minimize or dismiss someone’s grief and pain. Suffering is not a competition.

Dan Allender says, “It is my opinion that Christians have more resources than most to engage Trauma both past and present, but sadly, many abused men and women have been told, overtly or subtly, that if they are stuck with symptoms, memories, and heartache, it is proof that they are failing to believe. The most sincere believers are, by far, the most likely to feel guilty for struggling.

The assumption is that the resurrection overcomes sin, death, and suffering once and for all in the here and now. This is bad theology, and if the listener voices this view, it is cruel.”

We can’t be a good neighbor to the sexually abused and survivors of sexual assault if we blame them for what happened to them.

Often the victims of a sexual assault or abuse blame themselves for what happened.

Edward T. Welch describes this self-blaming tendency. “But I have known many men and women whose shame was clearly at the hands of an enemy or a loved one who acted like an enemy, yet they somehow believed they were at fault.”

Source: Shame Interrupted: How God Lifts the Pain of Worthlessness and Rejection.

How will God use us to be a good neighbor to the sexually abused and survivors of sexual assault?

It can start in the pulpit and spill out into the congregation.

As Pastors and church leaders, we must address the issues that face our congregations. Our people are suffering, and they need us to hurt with them and for them. They need us to honor them and to dispel the shame they feel. Shame hides in the darkness and is dispelled by the light.

Stating statistics from the pulpit that there are likely men, women, girls, and boys who have suffered from sexual abuse and assault without our congregations is a necessary first step.

We must not push them to forgive the abuser before they have had a chance to heal.

Dan Allender states that “An abuse victim should not be hounded or confronted into forgiving. Instead, the desire to forgive is acquired through honest grieving and caring for the wounds that exist.

Like any fight-or-flight-oriented behavior, quick forgiveness only reinforces the harm. It doesn’t bring about healing.”

Source: Healing the Wounded Heart: The Heartache of Sexual Abuse and the Hope of Transformation by Dan B. Allender.

We can refuse to cover up the wolves’ behavior in our congregations, who prey on the weak. But, instead, we must provide safety for our people, even if that means some uncomfortable conversations.

We must contact the legal authorities to investigate all reported abuse incidents without exception.

Loving God and loving others means that we will extend real love and protection to those harmed by sexual violence and abuse.

As a congregation, we can accompany the survivor of sexual assault or abuse in the legal process by showing up for the court proceedings. The abuser will bring multiple character witnesses on his behalf, often from the church they or their family attends. But often, the victim is left to sit alone.

We can treat them with dignity and honor and remind them that their identity is found in God.

Addressing the wounds brought about by sexual abuse and assault is something your congregation needs.

I highly recommend the resources found on the Caring Well website for further reading. If you are interested, I have written an additional article on how to minister to sexual abuse victims in the church,

previousCreating Nuanced Conversations in a Chaotic World
nextCulture War: Love is the only winning strategy.