Domestic Violence Advocate? 9 Ways For Men To Help, Not Harm 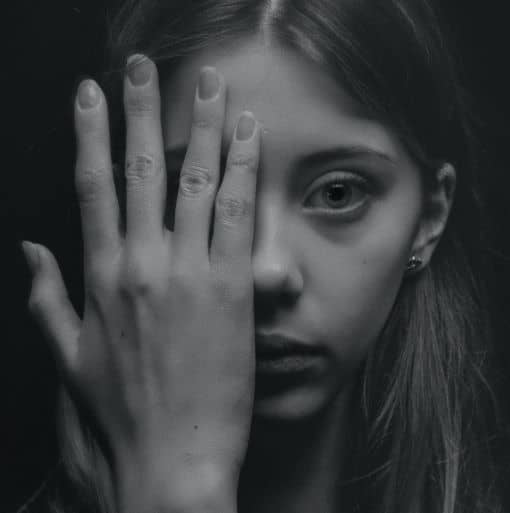 Do you know what a domestic violence advocate is and what they do? Many women do, but most men are blissfully ignorant unless directly impacted by it.

As a man, you may think domestic violence is a problem best left to paid professionals. And in many situations, that is correct.

However, you are frequently the first to become aware of intimate partner violence.

You may have seen a severe physical injury go untreated and suspected an abusive partner’s violent behavior. A victim may have confided in you and asked for your assistance in getting to safety.

At that moment, like it or not, you are the only domestic violence advocate available. As a result, you must understand the obstacles you will face when advocating for victims of domestic violence and how you can assist them without causing further harm.

What Is the Role of A Domestic Violence Advocate?

Domestic violence advocates provide support for victims of domestic violence. Their responsibilities include crisis intervention, safety planning, needs evaluations, and, in many cases, short-term counseling. They will also provide information or referrals for domestic abuse shelters, restraining orders, and other forms of support. Furthermore, tasks may include advocating for and accompanying the survivor in interactions with law police and medical providers. Finally, domestic violence advocates may also participate in educational, training, and outreach efforts in the community. (Source –Zip Recruiter)

Why are they necessary?

According to the National Coalition Against Domestic Violence:

Every year, more than 10 million women and men are physically abused at a rate of nearly 20 people per minute. In addition, the National Domestic Violence Hotline receives over 20,000 phone calls on an average day.

Only 34% of people injured by intimate partners seek medical attention for their injuries.

An intimate partner has raped one in every ten women.

These statistics can be overwhelming.

Before we explore what you can do for victims of intimate partner violence, we need to consider some obstacles you will face.

The Barriers Men Face In Becoming A Domestic Violence Advocate.

A female survivor of intimate partner violence may believe that all men are dangerous, including you, because of their past experiences of abuse.

When I was fourteen years old, I answered a knock at our front door and encountered a battered woman. She was a petite young girl who was battered, bruised, and bloodied. She seemed fearful and confused and retreated from my presence. I wanted to help her but didn’t know what to do. Finally, my mother spoke to the young girl and contacted the police.

Your physical presence may cause additional harm to the victim.

Years later, I volunteered with a friend to deliver food to a women’s shelter. The volunteers were welcoming, friendly, and appreciative of the food. But, on the other hand, every female resident looked at me with fear, confusion, and mistrust. According to one worker, some residents saw their abuser’s face when they looked at me.

Because of this guilt by association, you might be tempted to withdraw and remain silent.

My physical presence intimidated the people I was trying to help. It was a heartbreaking ordeal. I was at a loss for words.

Perhaps you have unknowingly encountered the same problem. You want to help but don’t know where to begin.

Despite these barriers, men can advocate for victims of domestic violence. Let me share seven powerful ways you can make a difference.

What Can You Do To Become Allies With Individuals Suffering From Intimate Partner Violence?

(1) You can provide financial assistance. For a woman to leave her partner abusing her, she also abandons their financial resources.

No matter how much she may want to go, her financial limitations may make this impossible. “Economic self-sufficiency is frequently the difference between violence and safety for many victims,” states the National Coalition Against Domestic Violence.

For years, I have given to women’s shelters and non-profits and asked other men to do the same.

But you are not limited to financial assistance.

(2) You can open your eyes to the signs of abuse.

Our reluctance to see the signs of abuse or dismiss abusive behavior emboldens the abuser and silences the victim.

I know how difficult it is to comprehend that someone we know is capable of verbal or physical abuse with their intimate partner.

Because of your involvement, you may miss signs of violence and abuse that most detached observers would notice.

(3) You can begin with a mindset that takes every allegation of domestic abuse as credible. Domestic violence and abuse allegations are dangerous for the person making them. Retaliation is a real possibility.

Here’s some hard-earned advice, in the absence of credible evidence to refute it, we should believe the victim and encourage the legal authorities to investigate.

Any consideration of saving the relationship or marriage is a secondary issue. Too often, individuals and churches have acted as if protecting a marriage was more important than the physical safety of the victim of domestic violence.

This attitude has resulted in premature discussions of forgiveness and reconciliation and ongoing harm to the victim.

Relationships can be saved and restored by God. However, this can only happen if the abuser is willing to end the abuse and do the difficult work of restoring trust.

(5) You can recognize and teach other men that no always means no.

No matter what has happened in the past, or regardless of current circumstances, no means no, and marriage does not take away a woman’s right to say no.

(6) You can respect every woman’s worth and dignity. God created both men and women equal in his image, and He values them equally, and so should you.

As a result, I would advise you to politely challenge any belief or behavior that conveys that a woman is a possession rather than a person. I know it might be difficult, but it’s time to confront the demeaning way some men talk about women.

Any act of violence toward a woman is a choice. No one made them do it.

Making excuses for a man’s acts of violence toward his domestic/intimate partner is inherently evil. Please don’t do it.

Let me give the final word on this to Elisabeth Bahadori. “For those of you who think women are “asking for it,” you’re right. We are asking for something. We are begging, pleading, demanding a world in which we feel safe and respected. We’re asking to be treated like decent human beings.”

You can act as a domestic violence advocate and change our culture one conversation at a time.

You can help others see victims of domestic violence not as a problem to be solved but as a person to be heard, believed, valued, and defended.

If you know someone suffering from intimate partner violence, the Domestic Violence Hotline number is 1-800-799-SAFE (7233), or you can text “START” to 88788. They provide some additional resources to help prevent domestic violence. In addition, the National Sexual Violence Resource Center has other resources available for advocates and educators.

Which of these seven suggestions can you begin to use today?