Do Christians have a right to be angry? 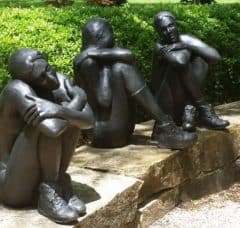 It might surprise you that the Bible affirms that you have a right to be angry. The Bible indicates we have the right to be correct or wrong. God gives us the power of choice.

The Bible addresses whether you have a right to be angry.

In Ephesians 4: 26 -27, Paul says, “In your anger do not sin”: Do not let the sun go down while you are still angry, and do not give the devil a foothold.

In this passage, we learn that anger, in and of itself, is not inherently sinful. But if we dwell on that anger and offense without addressing it promptly, it will probably lead us to wrong behaviors and attitudes.

This passage leads us to three compelling questions we will address together. First, when is anger an appropriate response? Can we express anger without doing additional harm, and how can unresolved anger lead us to sin?

There is a time and place when you have a right to be angry.

We can be angry over racism, domestic violence, poverty, sexual abuse, homelessness, poverty, war, slavery, the disparity in prison sentences for the poor and the rich.

We can feel safe in our anger because we are not personally involved. No one is critical of our anger at such blatant evil. We may even have those who view us as allies because we are “woke” to an injustice that affects others. And as long as our belief system agrees with theirs, our anger is considered justified.

Despite what some believe, we can be angry about things and principles that directly and personally impact us. It’s just harder to do.

There are ways to express that anger without doing additional harm to others of oneself.

A thin line separates a right to be angry and maintains a healthy attitude while upset. Paul says, “In your anger, do not sin, ” he indicates it is possible to be angry and not sin. Paul demonstrates this in Galatians 2:11-14 when he confronts Peter in front of everyone. The confrontation did not damage the church or the relationship between Peter and Paul. Instead, it appears to have strengthened both. Paul has demonstrated an example of positive anger.

There are four ways that unresolved anger leads to sin.

We can focus on the wrongs done to us and justify our inappropriate responses.

We can dwell on the harm that was done and become bitter. But, on the other hand, we can become overly sensitive and go looking for an opportunity for payback.

We can begin to badmouth the other person to others. Even if we were right initially, we are no longer innocent of wrongdoing. We can use our right to be angry as an excuse to seek revenge.

We can ignore the harm done to us even though the wounds are still present.

Unfortunately, the harm still exists, and without confronting the problem, we invite the other person to continue with their harmful behavior.

We can pursue a ceasefire where future conflict is inevitable.

We can focus on a swift but superficial attempt at a resolution that is nothing but lip service.

We can push others to forgive an offense before they have had a chance to grieve the harm done to them.

Paul’s warning not to let the sun go down on our anger is a great general principle. Unfortunately, some have taken this passage and unintentionally caused additional harm to the participants.

It is better to resolve the issue that caused the anger as near the event as possible, but it is not always practical.

Can you imagine a heated argument that went on for several hours and suddenly had to be resolved two minutes before sundown? Did the problem resolve?

We laugh at that description. But there are times when the church and others have prematurely pushed forgiveness, reconciliation, and restoration between two aggrieved parties.

There have been incidents where the rush to forgive was an attempt to protect the offending party’s reputation and silence the injured party.

We dare not push an injured party to forgive before they have the opportunity to grieve over the harm done to them.

In What Is A Girl Worth, Rachael Denhollander demonstrates the power of an impact statement and the damage done by silencing the harmed person.

Although the Bible has a lot to say about anger, many people focus on the warnings about anger without considering its purpose. Anger warns us that something is wrong and a response is needed. So why do people keep their anger hidden?

previousWhat is the purpose of anger? Surprise, it’s not what you think.
nextHow to speak the truth in love when a spiritual leader falls