DEADLY SILENCE OF THE CHURCH ON ABUSE: 5 SINFUL EXCUSES. 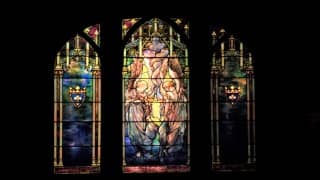 Deadly silence. That is the sound heard in many churches when faced with emotional abuse, domestic violence, and sexual abuse. I know there are exceptions. Some churches are intentionally reaching out and ministering to survivors.

But a significant number of churches are struggling with this issue. Unfortunately, instead of acting on behalf of the vulnerable, the church makes excuses for why it should ignore the problem.

To be clear, when I refer to the church, I am not talking about a building but its people. If you are a Christ-follower, you are the church, and so am I.

Sadly, I can identify the following excuses because I have hidden behind every one of them in the past.

Here are the church’s five sinful excuses to justify its deadly silence on physical, emotional, and domestic abuse, as well as responses to each.

Deadly Silence Excuse #1: It Will Detract From The Church’s Message.

We fear addressing these issues will negatively impact the local church’s witness. No one wants to imply that the church is not a safe place to attend.

But the reality is we have individuals in our churches as members and visitors who engage in emotional abuse, domestic violence, and sexual abuse.

Some come earnestly seeking help in their marriage and relationships, and some come as predators with evil intent. Some predators can even be leaders in the church.

Unfortunately, we encourage abusers to act out and test the limits of our willpower if we don’t have established policies that are regularly conveyed to our members and visitors.

However, when we boldly address these issues, protect the victim, and challenge the actions of evil individuals, the church’s witness is strong and vital.

Over time others will recognize us as a place of safety and refuge.

We are more afraid of false accusations than credible threats to the vulnerable.

Research from The National Sexual Violence Resource Center indicates that The prevalence of false reporting for sexual assault crimes is low — between two percent and 10 percent.

So many people lose sight of the fact that ninety to ninety-eight percent of allegations are true. These percentages should cause us to investigate every allegation seriously.

Instead, we often choose to believe the best about others even when reasonable evidence suggests otherwise. So even when we have nagging questions, we don’t want to ask.

Survivors are often hypervigilant because their experience has taught them that potential danger can come in unexpected places from people who appeared safe by everyone else. Therefore, we should listen very carefully to them for their insights.

We must communicate that the church will report all incidents to the legal authorities regardless of the circumstances or involved parties without exception.

Some will argue that contacting the legal authorities disregards the doctrine of grace and forgiveness. Others will contend that an offender is a good person who made a mistake. When this happens, an investigation stops.

Sadly, once offenses are confirmed, they are rarely a singular occurrence. A thorough examination of every allegation could have avoided so much damage.

Deadly Silence Excuse #3: It Will Stir Up Controversy Over The Role Of Women In The Church.

Some churches are uncertain of a woman’s public-facing role within the church. I am aware of the broad spectrum of beliefs concerning the role of women in church leadership. I am not here to sway that conversation.

Statistically, more men are leading churches as pastors than women. (According to the latest research, women make up around 20.7 percent of clergy in the United States.)

Whether you believe a woman should serve as pastor or not, most people would agree that there are potential blind spots that come from a predominately male viewpoint in church leadership, especially related to trauma and violence.

God created both men and women in His image. We dare not miss what he is saying to half of humanity about these issues.

(I understand that some men have experienced emotional abuse, domestic violence, and sexual abuse, and I will address this in the future.)

Deadly Silence Excuse #4: We Might Say The Wrong Thing And Do Additional Harm.

We worry that we might accidentally force a survivor to recall a traumatic event and trigger a strong emotional reaction to fear or worry. So we say nothing, which increases the shame and isolation they already are experiencing.

Recently a pastor asked my advice on what to say to a survivor. After a year of listening to others speak about the emotional abuse, domestic violence, and sexual abuse they have endured, I answered with confidence, “Ask them directly. Ask them what to say, how to say it, and when to remain silent.”

Jesus listened to the people he ministered to, and so should we. It is in listening that we learn what to say to those who are suffering,

Deadly Silence Excuse #5: The Problem Is Too Big.

We can be overwhelmed by the sheer numbers of individuals in our country affected by physical, emotional, and domestic abuse. We instinctively feel like we should do something, but we don’t know what. And even more disheartening, we often don’t know where to begin.

It will not necessarily be easy work, but it will be worth the effort.

Will you join me in moving past excuses and taking one bite, one step, toward being a place of healing for those who suffer from physical, emotional, and domestic abuse?

Please consider sharing this article with someone else and discussing what you can do to make a difference for the least of these.

previousSEXUAL ASSAULT AND SEXUAL ABUSE SURVIVOR 101: what you need to know
nextAN APOLOGY LETTER: MOST PEOPLE MAKE THESE 6 STUNNING MISTAKES