Contempt: 8 Solutions to the Unexpected and Strange Culture of Contempt 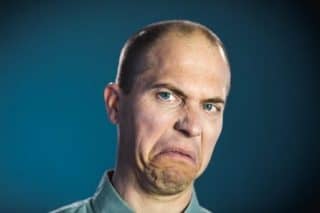 Everywhere we look, we see hatred and injustice. Love is absent, replaced with a culture of contempt.

Hatred has always existed in society. Discrimination and persecution based on someone’s otherness have always been with us. Wars. Slavery. Ethnic Genocide. Immigration. Religious differences.

But the voices of contempt are louder today than I can remember them in my lifetime.

People are hateful, rude, and smug online. Argumentative in a public place. They say things that would have roundly been denounced by everyone ten years ago as cruel and unnecessary.

People act as if their contempt for their enemies should be a source of pride. This culture of hatred is so prevalent that it can feel overwhelming. It can feel hopeless. Why did this happen? Who is to blame? Have we intentionally or unintentionally contributed to the problem by our actions or silence?

How did we get to this culture of contempt?

We have given into fear. We are afraid that someone will take our job, country, and identity. We fear conflict, so we surround ourselves with people who agree with our opinions. We fear anything contrary to what our social group represents.

We have a mindset that anticipates shortage. We believe that everything we give to others diminishes what we have. We believe that there is a shortage of natural resources and social opportunities. Therefore, our abundance is only for our benefit.

We have stereotyped and labeled others who are not like us. We have entered a culture war where we show no mercy and take no prisoners. We show contempt to anyone who disagrees with us.

We have become isolationists. We are fearful that interactions with others will contaminate us. We fear we will lose the uniqueness of our own identity. So, we group ourselves with others who share our values and beliefs.

We believe that our group is morally superior to anyone who is not in our group. Therefore, we seek to enforce our morality on others. We rationalize our attempts to correct society, by any means necessary, as the loving thing to do.

We fear retaliation from our group if we offer a differing opinion. So, we remain silent even when we disagree with the party line. Speaking up may isolate us from that group. We don’t want to make an enemy of the group.

How can we respond to a culture of contempt?

What can we do in response to this? Nicolas Lalaguna points out several studies noting the psychology of group-thinking and the disproportionate power of a dissenting voice in a group.

Here are a few quotes from his well-written article. “Moscovici’s study argues that a tiny persistent minority can, over time, drive ever-increasing numbers of people to internalize an opinion they know to be wrong. Without dissenting voices, many people will accept an opinion, an attitude, or a behavior that they know to be wrong. The Asch study shows that it takes only one dissenting voice to undermine the majority’s power. Every time we speak out, we cut through a thousand other voices. In the Moscovici study, it was demonstrated that, when a minority, however small, can maintain a persistent and consistent position, it has the power to influence the wider society.”

We have to speak up even if we are the only voice. Probably, you’re not the only one who feels this way. However, your boldness or continued silence does influence others.

We can stop labeling and stereotyping others. Everyone is unique and valuable.

Helen Keller had to overcome stereotypes. The deaf and blind benefited from her uniqueness.

“Helen Keller (1880-1968) was an American author, political activist, and campaigner for deaf and blind charities. Helen became deaf and blind as a young child and had to struggle to overcome her dual disability. However, she became the first deaf-blind person to attain a bachelor’s degree and became an influential campaigner for social, political, and disability issues. Her public profile helped destigmatize blindness and deafness, and she was seen as a powerful example of someone overcoming difficult circumstances”.

We can run straight at our fears to overcome them. President Franklin D. Roosevelt led the nation through an economic depression and world war. He famously said, “We have Nothing to fear but fear itself.” Roosevelt was no stranger to adversity as he overcame polio to become president. Check out this rare footage of his walking with leg braces.

We can begin to act like kindness and decency are abundant. In 1982 Anne Herbert was credited with starting the Random Kindness movement. It didn’t reference the love your neighbor command, but it echoed the sentiment.

We can risk interacting with others and reap the health benefits.

We can recognize the good in those who are different from us and the failures of those like us. In 1914, the Christmas Truce reminded both sides of the good and evil in all of us. The day before, they were doing everything possible to kill each other. They exchanged prisoners, treated the injured, and buried the dead on this day. The next day the truce ended. We should never be surprised by the evil that good men do. Nor the kindness that the villain can show.

We can recognize the true power of a dissenting voice is found in humility. Humility is critically essential. If we disagree, we can still show respect, dignity, and courtesy to each other. We are both a work in progress.

Your voice matters more today than ever. Speak up. Someone needs to hear your voice.

next9 Ways NOT to treat an injury