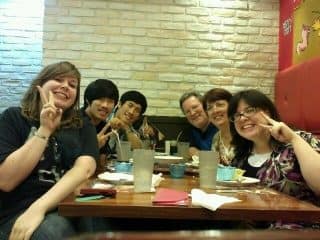 The only thing that might be more difficult than having nuanced conversations is writing about them.

What is a nuanced conversation?

Nuance is a “subtle difference or distinction in expression, meaning, response, etc.” Conversation is “an informal interchange of thoughts, information, etc., by spoken words; oral communication between persons.”

Therefore, a nuanced conversation is an informal interchange of thoughts and ideas between individuals where subtle differences are recognized.

The implication is that we are listening intently to understand what the other party is saying and what they mean by the words they use.

But some people are predisposed to oppose nuanced conversations.

“In my 20 years of being a follower of Jesus is human beings, and Christians in particular, do not do well with nuance. It’s just a struggle for us. So, when you try to introduce nuance to the conversation, it’s almost like our brain shuts down, and we say, “Nope, Nope. There are only two categories. You know, you’re this, or you’re that.” Lecrae

Lecrae from an interview with Ed Stetzer.

A nuanced conversation is an informal interchange of thoughts and ideas between individuals where subtle differences are recognized.

Here are some reasons that people oppose nuanced conversations.

They are content with the status quo. Some individuals may not see the need for change. Or they may be aware change is needed but do not have the time, energy, or resources to pursue it. As a result, apathy, complacency, and inertia have become a way of life. (Sadly, this describes me some days, as well.)

They like stereotypes and labels. So they categorize individuals as right or wrong, good or bad, or black and white. (But most people don’t fit into neat categories. Most people are more complex.)

They are exhausted from living in a sound-byte-driven world. These individuals are bombarded with messages from the news, social media, and the world of entertainment, trying to convince them that there is no shade of gray in any position.

They are afraid of being rejected by their tribe. When someone engages in a nuanced conversation, they are perceived as averse to confrontation, lacking conviction, and being intellectually deficient. (While this may be true in some instances, it is not always the case.)

They are enraged because some have weaponized the phrase to communicate that they are not sharp enough to see the other individual’s position.

You probably can identify an individual who disdains nuanced conversations on social media by the frequency and volatility of their posts.

But despite their objections, many would agree that there are times when nuanced conversations can be helpful.

Here are a few benefits of a nuanced conversation.

Nuanced conversations provide an opportunity for personal growth. Maybe we don’t know everything about everything? No one is perfect, and growth is a necessity for enjoying life.

Nuanced conversations build meaningful relationships. Loneliness has a cure; it involves knowing and being known by others.

Our issue is that we don’t want to know people intimately. We want to know them from a comfortable distance. A nuanced conversation requires proximity and frequency.

Nuanced conversations enrich our culture. Diversity can be a strength, not a weakness. An individual doesn’t have to abandon their values to respect others.

How do we create an atmosphere that will allow nuanced conversations to flourish?

Here is how we create nuanced conversations.

We listen intensively to content, context, and the overall concept presented.

We listen for what is said and omitted. Both may be equally important.

We pay attention to body language and tone of voice.

We recognize that what you say is often not as important as how or when you say it.

We treat the other person with the same dignity we want for ourselves.

We recognize their inherent value to God, ourselves, and society.

We practice humility. We assume that we may not be the most intelligent person in the room.

We treasure the gift of feedback that an open conversation creates.

WE SEEK TO UNDERSTAND, ESPECIALLY WHEN WE DISAGREE.

We refrain from interrupting or formulating a response before the other person finishes their thought.

We understand that we can disagree without becoming adversarial.

We refuse to misrepresent what they are clearly saying as a method to refute their position.

We acknowledge that time and multiple conversations are needed to fully understand each other’s positions.

If you want to improve your listening skills, check out this article on building relationships.

The only thing that might be more difficult than having a nuanced conversation is writing about them.

previousThis Is What Your Pain Can Do For You.
nextHow To Be A Good Neighbor To the Sexually Abused