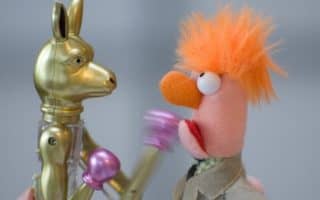 Conflict. Most of us have experienced this in our personal and work relationships. We have seen relationships built and killed by unresolved conflict.

Relationships cannot be restored until we learn to face and resolve interpersonal conflicts.

Conflict in relationships is inevitable, is often about control, requires two active participants, and the choice to forgive does not always lead to a restored relationship.

I experienced all of these uncomfortable truths in a conflict with a coworker named Richard several years ago.

Our shared history has demonstrated that conflict is inevitable. Wars have been fought since the beginning of time. Conflicts have positioned a brother against a brother and a sister against a sister in armed and unarmed conflict. Maybe, you are a person who enjoys stirring things up. Or a person who wants everyone to like you. Conflict will find you, even if you are trying to avoid it.

Richard and I were both working for the public library shelving books. There was a large age gap between the two of us. I was nineteen years old, and he was in his late sixties. I was working to pay for my college expenses. I was still living at home. Richard had come out of retirement to work to pay for medical expenses not covered by his insurance.

I was interested in team building.  Richard was a loner. He preferred to work by himself. He was focused on his own results.

Looking back I shouldn’t have been surprised by our conflict.

Maybe, you are a person who enjoys stirring things up. Or a person who wants everyone to like you. Conflict will find you, even if you are trying to avoid it.

Conflict often starts over something small—a matter of preference and yielding of rights that has little effect on us.

We fail to recognize that the real issue is about control.

Conflict is often about control.

It starts when we are children. Our desire to get our own way.

Little children have varying approaches when they want a toy that another child has. They might politely ask for a toy, trade for it. Steal it. Or take it by brute force.

As adults, we still want our own way. Sometimes, we convince ourselves that our way is beneficial to others.

If they did things our way, they would be happier and more productive. Truthfully, if they acted the way I wanted, I would be much happier.

I emphasized helping each other. I was young and had the extra energy to accomplish this task.

Richard was older and it took all of his effort to keep up with his own responsibilities.

Richard had not told anyone he was fighting cancer. He was fearful of losing his job.

I wanted Richard to like me. Richard wanted to be left alone.

Our conflict started over something very small.

Richard was cussing at work. I wouldn’t say I liked it and brought it to his attention. He started cussing me out daily. Our conflict escalated.

I grew tired of turning the other cheek. I responded harshly.

Maybe, we are in the midst of a conflict right now. Maybe, the other party started the conflict. Maybe we started it. But we are now involved.

And the longer the conflict persists, the more likely we are to respond incorrectly.

Eventually, we will react to the other person with contempt. We will talk to other people about what they have done wrong.

We will speak harshly to the other party. Maybe, have a public fight. Soon, the conflict is not one-sided. We are an active participant who has contributed to the conflict.

My encounter with Richard involved my active participation. At first, I saw myself as the victim. He was cussing me out at work. Others saw what he did to me.

I may not have been wrong at the start, but I was now.  I was miserable. I dreaded coming to work.

I began to think about my own stink. Sometimes, we are blissfully unaware that we stink. Then someone brings it to our attention. How do we react?

I came to realize that you cannot change other people. I could not control or modify someone else’s behavior. But I did have the ability to change my own actions and attitudes.

We have a choice when conflict comes. Often, we will ignore it until we reach a breaking point. We will either stay and fight, or we will flee the conflict.

I decided that I needed to ask Richard to forgive me for my actions toward him. I needed a clear conscience.

I drove by his house to ask to talk to him. I drove around his block several times, trying to build up the courage to talk with him. I knocked on the door and asked to come in.

I told him I was wrong to have talked badly about him and responding harshly to him.

Sometimes, admitting our part in the conflict can lead to forgiveness and restored relationships for both of us. But not always.

The choice to forgive does not always lead to a restored relationship.

I knew he might not respond well. He might not value the effort I was making in an attempt to improve the relationship. I could not control his response to me. I was relieved when he said he forgave me for my behavior towards him.

But Richard and I did not become best friends. At best, we tolerated each other well and had respect for each other. Sometimes, toleration is enough.

Sometimes, we forgive or are forgiven but remain wary of each other.

Sometimes, the best we can hope for is simply tolerating each other’s presence. We give the other person space and stay out of the way.

In a work environment, this is often our best option. A transfer to another department or changing jobs is not always feasible.

There are times when forgiveness is granted but a relationship is not restored.

Forgiving someone does not mean that I now have to spend time with them. Forgiveness does not require that I place myself in the path of future danger or harm.

Hypothetically, I might forgive an unrepentant serial killer for what he did to my family. But I would continue to keep a safe distance and not place myself or my loved ones in danger. Forgiving him would not require that I see him regularly.

We inherently understand the need for distance from an unrepentant serial killer.

Some will apply a different standard to a wife-beater or someone who endangers the welfare of a child. They expect the victim to forgive and then spend time with the offender. To act as nothing has ever happened. But they are wrong. Something did happen.

A person who someone in authority abuses should not be pressed to reconcile with the offending party. No matter how sincere the apology may seem, a safe distance is advised.

Spending time with those we have forgiven is extremely difficult when there is a power differential between the involved parties.

Conflict is inevitable, but we can control our reactions to others, we can choose how we participate, and we can strategically withdraw from those who continue to harm us.

You may be in the midst of conflict right now. How will you choose to respond?  Are you able to forgive the other party? Can you forgive yourself? Are there relationships that need healthy boundaries?

previousHow to build and strengthen your relationships.
nextWhat you need to know about Harmony.