20 painful mistakes I’ve made in response to Church hurts 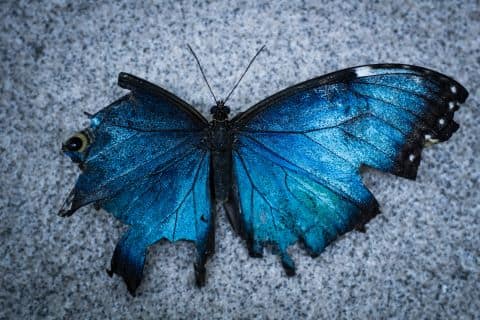 I’ve experienced my fair share of church hurts, most resolved peacefully. But some did not and still affect my current relationships.

(I am less trusting of some individuals and have my guard up in new relationships.)

You may have had similar experiences. Someone you thought was a friend betrayed you. Someone abandoned you because of politics, a doctrinal disagreement, or even a disagreement about the color of the church carpet.

You are not alone. One Barna study among unchurched adults shows that nearly four out of every ten non-churchgoing Americans (37%) said they avoid churches because of negative past experiences in churches or with church people.

And pastors are not immune to this either. More than half (52%) of pastors report having suffered harm at the hands of a fellow Christian, according to a study published in the Journal of Pastoral Care & Counseling.

The question is not whether we will experience church hurt but how we respond when it occurs.

With that in mind, I’ll briefly define “church hurts” and explain why I use the plural form rather than the singular. Next, I’ll discuss the 25 mistakes I made in responding to church hurts. Finally, I’ll show you a simple method for grouping church hurts that can help you figure out how to deal with them.

Let me explain what I mean by “church hurts.”

“Church hurts” occur when the membership, leadership, or culture of a church causes harm to an individual or a specific group of people. This harm could be accidental, intentional, or institutional.

Because these pains can take many forms and originate from various sources, they frequently act like compound interest, with one wound leading to another. Responding to the original wound can sometimes cause additional harm to the victim or the person interacting with them.

I’ve made many mistakes in responding to the wounds I have suffered at church.

One last thought before we begin. Let me sincerely apologize if a church or its members harmed you. I hope you will forgive us.

25 Mistakes I’ve made in response to “Church Hurts.“

We can’t talk about church hurts without considering the people affected inside and outside the church.

Those affected within the church include the harmed individual and their close circle of friends, the person who inflicted the injury, other church members, and church leadership.

Those affected outside the church include individuals or groups who were not members of the originating church but witnessed the event or its aftermath.

Here are the 15 incorrect responses I made within the church.

(1) Minimizing the injury: I’ve underestimated the harm I’ve done to myself or others. So instead of being overly polite, we should sometimes acknowledge the extent of the damage.

Emotional and spiritual pain can be just as bad, if not worse, than physical pain.

(2) Overreacting to an injury: I have overreacted to an injury and exaggerated the severity of the harm to gain attention or sympathy.

(3) Personalizing the offense: I assumed an action or remark was intended for me.

(4) Instant public confrontation: I publicly confronted someone in haste. I didn’t consider what I would want someone to tell me if I had committed the same offense.

I could and should have approached them privately to discuss the situation.

Yes, I understand that there are times when public confrontation is required. However, it should be the exception rather than the rule.

(5) Avoiding necessary confrontation: I’ve tried to ignore the individual who has caused the harm. However, they and the damage they have caused rarely disappear. Sometimes conflict is necessary.

(6) Making excuses for the habitual offender: I’ve excused the chronic damage done by a remorseless individual.

Perhaps it’s time to stop saying, “That’s just how Bill is.” Perhaps Bill is this way because no one loved him enough to show him the harm he’s done or believed in his ability to be better.

(7) Emotions were overpowering the message: I responded in the heat of the moment, not thinking about whether this was the right time, place, or wording to use.

As a result, the intended message is frequently lost. Instead, my emotions and vague statements caused additional harm and muddied the waters.

(8) Blaming the wrong person: I erred in my assessment of the situation and blamed an innocent party.

We instinctively look for someone to blame when something terrible happens at church. But unfortunately, we frequently see the person who lands the second punch rather than the person who initiated the conflict.

This reminds me of an old proverb I heard from a college professor.

“When God confronted Adam for his sin in the garden, Adam blamed Eve. Eve then blamed the serpent. And the serpent didn’t have a leg to stand on.”

Unfortunately, when I’ve accused an innocent party, I have created additional harm that must be addressed.

(9) Judging another person’s intention: I’ve assumed that the harm done was intentional. But, often, it was an accident.

I was in the wrong place at the wrong time. It wasn’t directed at me.

(10) Excusing the harm because it was an accident: I’m glad my friend didn’t mean to hit my finger with a hammer.

However, the injury occurred. He brought me ice, aspirin, and a heartfelt apology. All three were valued. Perhaps we can learn from his response.

(11) Withdrawing and protecting the wound: There have been times when I was hurt and just wanted to be left alone.

(12) Sharing my wounds with individuals who were not involved: I’ve vented my frustrations on social media or discussed them with everyone except the person who caused the harm.

In my pain, I’ve lashed out at individuals who genuinely wanted to care for my wounds.

(13) Covering up the failures of church leadership: Not every offense needs to be made public. But we must correct our instinct to cover up for others; sometimes, the darkness requires exposure to the light.

A leadership that routinely covers up a pattern of offenses and never admits wrongdoing should be avoided. Leadership without humility is narcissistic.

(14) Adopting an adversarial posture toward outsiders: I’ve gone along with a church culture that blamed a group of people (fill in the blank) based on a moral or political issue. I have learned that there is nothing spiritual about cancellation culture.

Unfortunately, I was often so focused on the harm done within the church that I failed to recognize the damage done to outsiders who had witnessed the event or the subsequent fallout.

(15) Treating them as adversaries instead of potential guests: I forgot that someone had invited me to the party. I was once outside the church. Shouldn’t I extend the same grace?

(16) Being overly defensive of the church: I blindly defended the church as an institution refusing to acknowledge the legitimate concerns of those outside the church. The truth is that God does not need me to protect Him.

Feedback is a gift, regardless of its source. Listening, finding areas of agreement, and acknowledging the truth of their legitimate concerns is always the correct response.

(17) Ignoring the fact they were created in the image of God: They are of infinite value to God, and I should respond accordingly. Therefore, they have a right to be treated with respect and dignity.

Perhaps you don’t see anything wrong with how outsiders are treated. But, in my opinion, we are delusory if we believe that what happens in the church stays in the church. Attending church is not the same as visiting Las Vegas.

What happens in the church impacts those who have yet to attend and those who are hesitant to return.

I’ve made four mistakes in my responses to God when I have experience harm at church.

(18) Blaming God for how his followers acted: Sometimes, it can be tempting to blame God. Why doesn’t he make his people more loving, thoughtful, and kind? Then I remembered how wrong-headed I could be.

(On the other hand, maybe you have never blamed God for anything. Perhaps you are more comfortable with the phrase “questioning God”?)

(19) Questioning God’s goodness; Although God is not the source of the evil I experienced, He could have stopped it, but instead, he allowed it.

Therefore, I questioned God’s integrity in allowing me to suffer. However, I know that Job did it first. Thankfully, I can learn from Job’s interactions with God.

Honestly, the real question is why he has blessed me at all.

(20) Doubting God’s ability to change me and others: I’ve failed to believe God can forgive and change me.

Even worse, I have acted as if He is incapable of forgiving, changing, and restoring those who harmed me.

3 Helpful words to consider when responding to a church wound.

Most of my church hurts have fallen into one of the following categories: accidental, intentional, or institutional. Categorizing the type of church hurt I’ve experienced has helped me to respond correctly to the harm.

Accidental Hurts: Sometimes, the hurts I’ve experienced in a church culture are unintentional actions or comments from a friend or leader.

I can’t always determine a person’s intention. I wish I could.

I gave a friend a black eye while playing goalie in fourth grade. He was upset. He accused me of deliberately kicking the ball in his face. I asked him whether he thought I was that skilled. He laughed at me because he realized it was an accident. He let go of the offense, and we remained friends because he knew it was an accident.

Intentional Hurts: Sometimes, there is little doubt that the other party intended to cause harm. Sometimes they have even admitted it.

This is extremely difficult to respond to because I believe everyone should love me. (Sound familiar?)

Institutional Hurts: Sometimes, the harm comes from a system or policy that is part of the church’s history and culture. Racism and misogyny are examples of systemic damage within the church.

We must be willing to question these practices and foster a welcoming environment. God has called us to love others and to invite them to the party, not to exclude them.

These classifications can help us in developing the appropriate response.

Knowing whether something happened by chance, on purpose, or as a result of an institution can help us decide what to do next.

We can repair the relationship and move on if we determine that the harm was not done on purpose.

However, if the harm was intentional, we face a difficult decision. Do we ignore the incident or confront the person?

And, if the harm was institutional, we must figure out how to confront it constructively.

Is this a one-time occurrence or a symptom of a more significant issue? Is the institution willing to talk about and admit the harm it has done? Is there any hope for change, or should we consider leaving a toxic environment?

Knowing when to leave a local church body is complex. I struggle with this. How do we know it is time to go? I have left churches too early and stayed too long. I am still learning in this area. But I know we have to ask the question.

I love the church, and I hope you will not abandon the Church because of the harm you have or may someday experience.

Instead, I hope you will become more involved and assist others in healing. I hope that my errors and the simple categories provided will help you on your way to recovery.

I’ve written more about church hurt in Helping Not Harming The Wounded.

previous7 best questions to ask when looking for faith-based therapy.
nextWhat is victim blaming? 3 things you need to know in 2023