Are you angry with God when you pray? 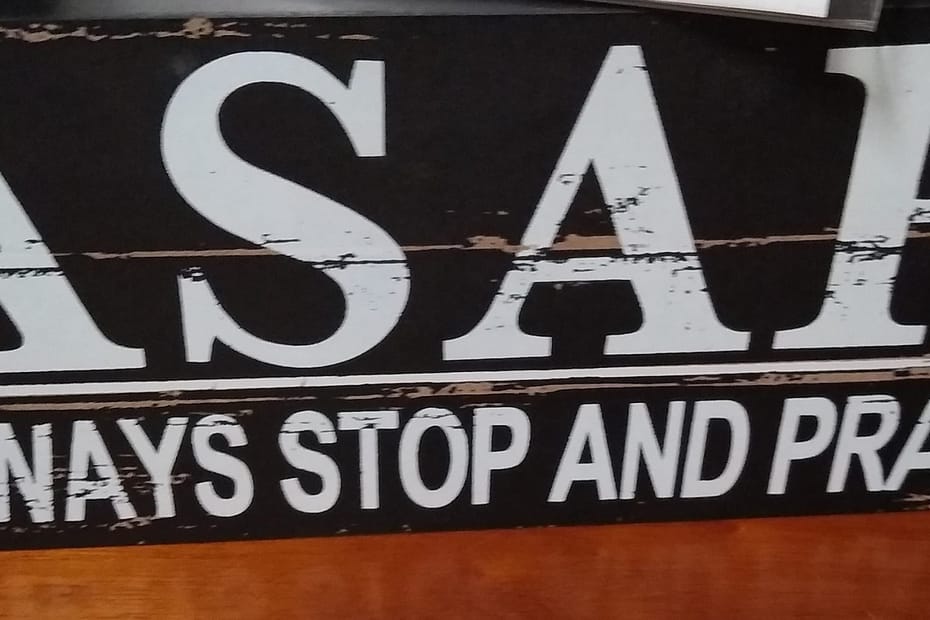 Can I share with you how praying to God in anger was one of the best moments of my life?

What did I learn from the experience? What benefits with God, self, and others were gained by praying in anger?

It began as one of the worst days at work, followed by a horrible commute to my home.

As I got out of my car, I was so angry I could barely breathe, much less talk to my family. I was at a loss for words. I was afraid I might say something hurtful to my family, so I excused myself and went for a brisk four-mile walk.

On my walks, I would pray. The sight, smell, and sound of nature always gave me a sense of God’s presence as I walked.

I would tell God how grateful I was that he loved me and cared for me. I would praise him for who he was and what he had done in my life. I would recount his answers to prayer. Finally, I would boldly ask him to meet the needs of others and sheepishly state my own needs.

Usually, prayer brought me comfort. But today, it felt like God was silent and indifferent. I tried to pray to God, but I was at a loss for words.

And with every step I took, I became angry with God.

I wanted to be respectful and reverent to God. In my heart, I know that is what he deserved. But it just wasn’t happening.

With every false start at prayer, I was becoming more upset. Finally, I picked up the pace and began to sweat.

I believed that I had served God faithfully but felt I had nothing to show for it. My career had stalled. I was overwhelmed with debt. And now, my immediate family had been deeply wounded by someone we once called a friend.

I was almost running when my anger finally erupted.

I was angry with God and began to tell him how unfair he had been to my family and me. For several minutes I listed every injustice that I believed I had endured.

I told God that I could do a better job running the world. However, I would not have allowed the harm done to my family.

And, at that moment, I believed every word that I said.

My anger had led me to be brutally honest with God and myself.

I waited for a lightning bolt to strike me, a strong word of correction from him for my words and attitude. Surely God would not allow this outburst to pass.

But there was no lightning bolt and no voice of condemnation. Instead, I felt his presence and unconditional love.

What I learned from the experience.

God knew my every thought. He knew the desires of my heart. To Him, I was an open book. There was nothing I could say or think that he did not already know. Therefore, being angry with God was impossible to hide.

All of my beautiful and eloquent prayers were shallow and dishonest. The only person I had fooled with my pious prayers was myself.

I felt foolish. How could I have missed this simple truth?

I asked God to forgive me for my anger toward Him. I thanked him for his forgiveness, and I began to praise him for his provision and protection.

Something inside of me changed that day. I learned that it was okay to be honest with God and myself. He is big enough to handle my anger and my questions. He knows my every thought and desire and still loves me.

What does honesty with God look like, and what benefit do we gain by doing so?

I began to notice the large number (65 to 67) of laments in the Psalms, where individuals honestly expressed their questions and anger to God.

These writers openly admitted their disappointment to God. There were times they felt shunned and abandoned by God. They questioned why God had not delivered them, why he was silent and seemingly indifferent to their suffering.

Even King David, who God described as a man after his own heart, authored psalms of lament. How had I overlooked these passages?

Why were these laments not talked about in the churches I had attended? But, more importantly, what could I gain from studying them?

I learned two principles from my study of the psalms of lament.

First, if God is truly omniscient, he knows my every thought, whether I express it verbally or not. Any attempt at hiding my heart from God is useless. There is nothing I could say that would surprise God. I believe that God not only accepts our honest prayers but welcomes them.

Second, complaints to God should lead to praise. Once the psalmists had voiced their passionate and honest objection to God, they acknowledged his goodness and mercy with thanksgiving and praise. They recounted his faithfulness to themselves and prior generations and their steadfast hope that he would act again.

When I prayed in anger that day, I had instinctively followed it with praise and thanksgiving. It was exciting to know that I was following a Biblical pattern.

What benefits do we gain by being honest with God in prayer?

Being honest with God in prayer brings humility.

What is humility? It is the ability to think rightfully of ourselves, others, and God.

We can recognize the extremes of the proud and the lowly.

We have met people who are so full of themselves that they are obnoxious. They live as though they were entitled to every good thing and believe they are God’s gift to the world.

We have encountered people who believe that they are worthless. They think that they don’t deserve anything in this life.

But God indicates that both of these extremes are incorrect.

To be humble means that we recognize who we are to God. He is our creator, and we are his creation. He has created humanity in his image and given us the ability to choose to love or reject him.

He is perfect, and we are imperfect. We are fallen and in need of saving.

Yet, because God has made humanity in his image, we are of the utmost importance to him.

If God finds worth in everyone he created, I should seek to value everybody always.

Honesty with self and others. How do we do this?

1. When we pray by ourselves, we can acknowledge our doubts, fears, and disappointment to God.

At first, this can feel disrespectful or ungrateful, and we lack faith in his goodness.

But openly expressing our heart to God is evidence that we trust him. We believe him to love us unconditionally, despite how we might feel. His grace toward us is scandalous.

2. We can model that same honesty when we pray with others. We can be open in expressing our concerns with God. We can share our frustrations, as well as our praise.

What are the benefits of being honest with ourselves and others when we pray?

It is easy to feel angry with God in this challenging season of social distancing and economic hardship. Yet, I believe that God hears and honest prayer, even those offered in anger.

If you need help expressing that anger, I recommend reading, Crying out to God: Learning to Lament at Extravaganthope.com. I have personally benefited from the six practical steps in writing a personal lament that the writer has provided.

previousWelcome to the constant state of change.
next23 simple ways to triumph over coronavirus anxiety.