How we look at an issue will affect our actions. So, our perceptions are very important. Stephen R. Covey, author of 7 Habits of Highly Effective People, says that, “To change ourselves effectively, we first had to change our perceptions.”

Two unforgettable looks I received had a profound impact on me. These encounters inform how I view and interact with women.

Abuse: How I Looked At Her.

When I was fourteen years old when I answered a knock at our front door and encountered a battered woman. I still remember the way she looked.  She was a petite young girl. She was battered, bruised and bloodied.

Her face looked like she had been struck repeatedly with a heavy object. I had never seen such violence to anyone, much less a woman. I was speechless.

Abuse: How She Looked At Me.

Several years later I helped deliver food to a woman’s shelter. The volunteers were warm, friendly and grateful for the food. But every woman resident looked at me with the same look I had received so many years earlier. It was the look of fear, confusion, and mistrust.

One worker explained that when some residents looked at me they saw their abuser’s face. My physical presence as a man was upsetting to the people I wanted to help. I left wondering how could I support the victim, without doing more harm?

One worker explained that when some residents looked at me they saw their abuser's face. My physical presence as a man was upsetting to the people I wanted to help. I left wondering how could I support the victim, without doing more… Click To Tweet

Abuse: How Can Women Look To Us for Help?

As men, there is a variety of ways that we can help. Here are nine simple but powerful ways we can make a difference.

1. Financial help. We can give to those who are best equipped to help them. Many men hold an economic advantage over women. For a woman to leave a man who is abusing her means she also abandons his financial resources.

“Economic self-sufficiency is frequently the difference between violence and safety for many victims,” states the National Coalition Against Domestic Violence.

2. Behavior. We can refuse to strike a woman under any circumstance or excuse the behavior of others who do. We can extend courtesy and common decency to every woman we meet.

Under no circumstances should arguments escalate to a point where you’re attacking and bringing her down. These acts of disrespect lack respect and can quickly turn into emotional and physical abuse. Source.

3. Belief. We can start by believing the victim. In the absence of credible evidence to the contrary, we can trust a woman’s version of the events as much as we would trust any friend. Civil authorities will investigate and verify the facts.

We can start by believing the victim / survivor.  In the absence of credible evidence to the contrary, we can trust their version of the events, as much as we would trust any friend. Civil authorities will investigate and verify the… Click To Tweet

4. Boundaries. We must respect their wishes about emotional and physical contact. It does not matter that we were not the one to harm them. We must create a safe space for them to heal.

“When you continue to touch me, despite my asking you not to, it doesn’t matter how “harmless” it is. I have to fight with everything I have to resist a panic attack. I’m very aware you’re not hurting me but you need to understand that there was a time when I told someone to stop and they didn’t. There was a time when I begged someone to get their hands off of me and they didn’t. I told them no and they still thought they had the right.”  Quote from The Mighty an excellent resource.

5. Deception. We can forcefully refute the lie that a woman was asking for the assault to happen. That the victim was at fault because they were in the wrong place or should have known better.

For those of you who think women are “asking for it,” you’re right. We are asking for something. We are begging, pleading, demanding a world in which we feel safe and respected. We’re asking to be treated like decent human beings. We’re asking for an end to rape and rape culture. When will you finally listen?  Elisabeth Bahadori

6. Strength. We can praise their power in speaking up when many others are silent. We can add or voices to theirs in calling for change.

7. Timetable for healing. We understand that no woman should have just to move on. Healing is a process. Too often, discussions of forgiveness and reconciliation are premature and can lead to additional harm.

“It takes one person to forgive, it takes two people to be reunited.” Lewis B. Smedes

9. Shame.  As men, we can shame the abuser. We can refuse to allow anyone to shame the person the victim. We can affirm the value and worth of the survivor.

“Sexual abuse is so shameful however, because tragically the person who should feel the shame of it – the abuser – usually never owns it and the victim then carries it.” – Into The Light.

As men, can we look at victims and survivors differently? Not as a problem to be solved, but as a person to be heard, believed, valued, and defended? I hope you will join me in changing the conversation, one relationship at a time.

As men, can we look at victims / survivors differently? Not as a problem to be solved, but as a person to be heard, believed, valued and defended? Click To Tweet

Which of these nine suggestions could you start today? Or perhaps you might be interested in reading What Women Need to Know about Male Abuse Survivors. 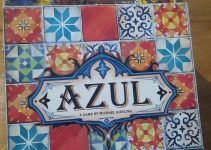 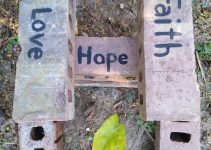 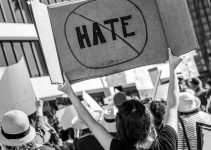